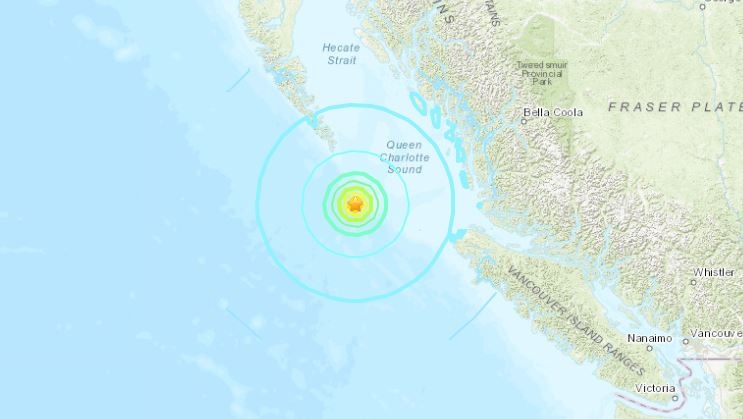 The U.S. Geological Survey measured the shaker at 6.2, although Earthquakes Canada initially recorded it as having a magnitude of 5.8.

It hit at about 9:30 p.m. and was followed just over an hour later by magnitude 4 quake closer to Vancouver Island.

Neither tremor was strong enough to cause injuries or damage.

The earthquakes, near the northern tip of the Juan de Fuca plate, which lies off the west coast of Vancouver Island and rubs up against the North American and Pacific plates, were also not the type capable of creating a tsunami.