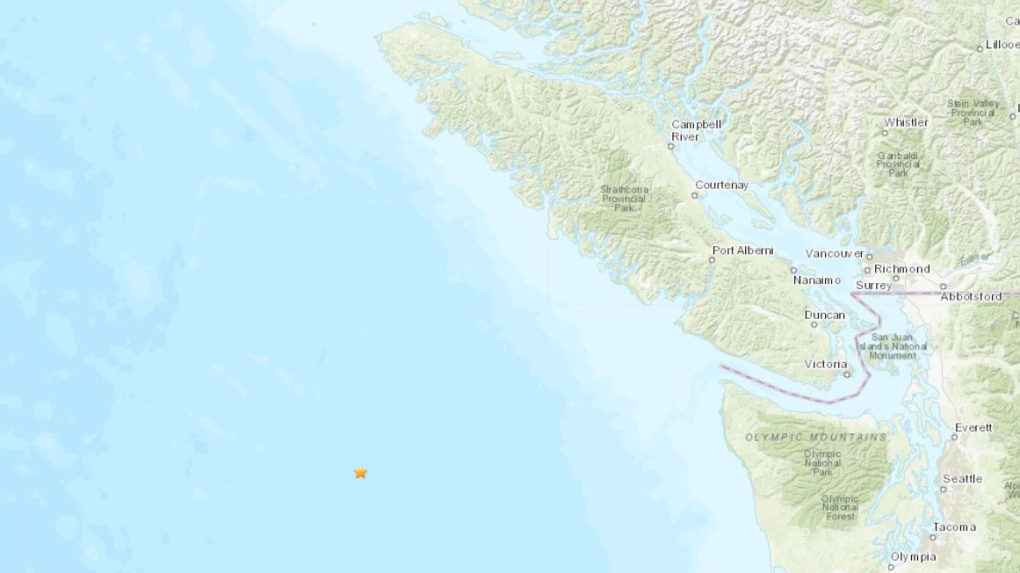 The location of the earthquake is shown: Feb. 22, 2021 (US Geological Survey)

VANCOUVER -- A mild earthquake occurred early this morning in the Pacific Ocean southwest of Vancouver Island.

The US Geological Survey says the quake measured 4.5 and occurred 10 kilometres below the earth's crust, roughly 250 kilometres southwest of Tofino.

Officials say there are no reports of damage or injury and none would be expected.

The shaker occurred near the eastern edge of the Cascadia Subduction Zone, where the Juan de Fuca plate is sliding under the North America plate, causing as many as one-thousand small temblors every year and raising the potential for a much larger quake as the two crusts strain to move.