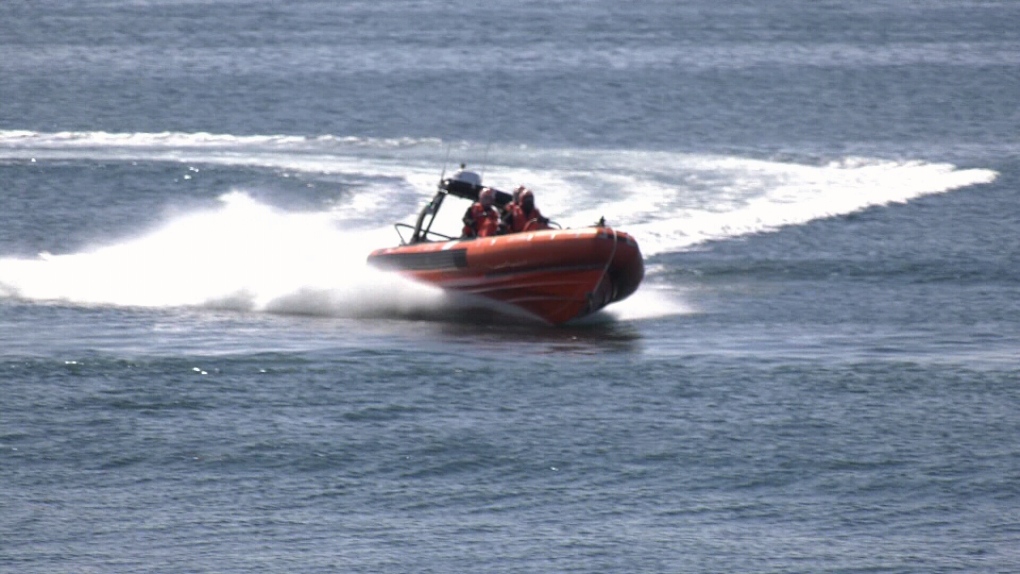 Two people were rescued and one man is still missing after a fishing boat capsized Thursday night in a remote region of Vancouver Island.

A mayday call was issued for the capsized eight-metre sport-fishing boat at the mouth of Nitinat Narrows at approximately 8:45 p.m., according to the Joint Rescue Co-ordination Centre in Victoria.

Mounties and members of the Ditidaht First Nation had already arrived at a boat ramp where civilian vessels were being launched in an effort to respond to the emergency, according to the RCMP.

A coast guard fast-recovery boat from Bamfield, B.C., picked up one survivor, while another was spotted by a U.S. coast guard helicopter out of Port Angeles, Wash.

The second victim was recovered by the Canadians and both survivors were taken to paramedics in Port Renfrew, B.C., approximately 35 kilometres away.

An RCMP helicopter was still searching for the missing man Friday, while Parks Canada rescuers conducted a land search around the narrows.

"The Lake Cowichan RCMP want to thank all of the volunteers and partners who immediately offered to assist, and continue to so," said RCMP Sgt. Chris Manseau in a statement Friday.

"Their efforts, local knowledge and ability to jump in at a moment's notice to assist in situations like this are truly appreciated," Manseau added.

Nitinat Narrows is a tidal channel between Nitinat Lake and the Pacific Ocean where currents are often strong and unpredictable. The area is part of the West Coast Trail section of the Pacific Rim National Park Reserve.

Parks Canada says the marine forecast for the region Thursday predicted two- to three-metre waves and winds ranging from 20 to 30 knots.

Police are asking anyone who may have seen the boat before it capsized Thursday to contact investigators at 250-749-6668.