11 bears killed in Tofino, Ucluelet after breaking into structures to find garbage 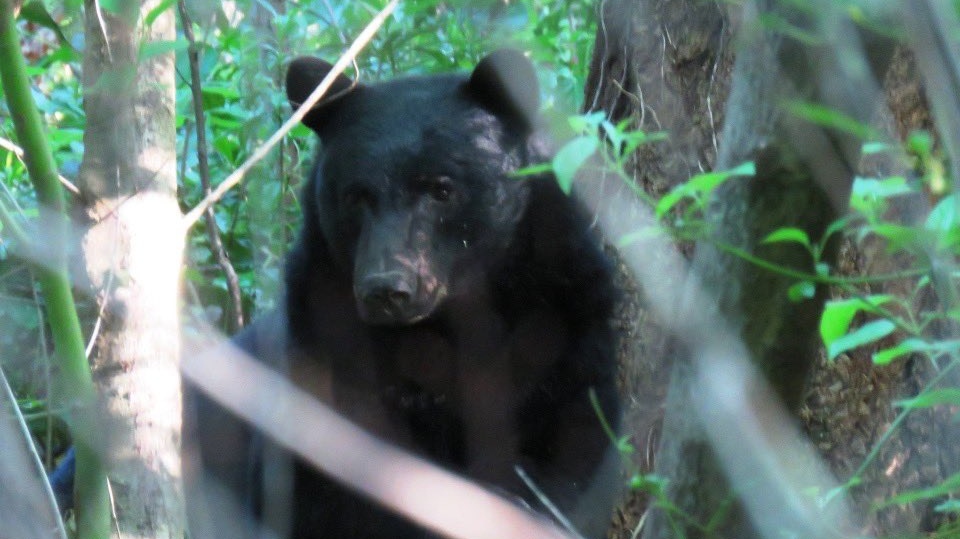 Conservation officers say habituated bears can't be relocated. They're likely to return to populated areas and continue to pose a threat to people they encounter. (Sam Van Der Merwe)
Victoria -

Conservation officers are asking residents of Vancouver Island's west coast to report bear sightings as soon as possible as the region deals with an unusually busy pre-hibernation season.

As of Wednesday, conservation officers had been forced to euthanize 11 black bears in Tofino and Ucluelet after the animals broke into structures in search of food.

Sgt. Stuart Bates, of the BC Conservation Officer Service, said he expects that number to rise, as there are other bears in the area that officers are currently trying to capture.

While one or two bears can prompt a lot of calls if they're in a highly populated area, Bates said the sheer number of bears that have been getting into homes, sheds and garages is unprecedented in his career.

"I haven't seen a case like this," he said. "We're removing the bears and there's other bears showing up within days and they're already food-conditioned and habituated. I don't know what's causing it."

In one case, Bates said, officers received a call about a bear that had broken into a garage. When officers arrived 30 minutes later, the bear was still there, and the animal gave no indication that it was afraid of the officers.

That level of habituation, in which bears lose their fear of humans and come to view human structures as a source of food, makes the animals dangerous to local residents.

"That's a line that we will not allow our bears to cross," Bates said.

Unfortunately, habituated bears can't be relocated. They're likely to return to populated areas and continue to pose a threat to people they encounter, he said.

Instead, bears showing this type of behaviour have to be euthanized, which Bates said is not an outcome conservation officers want to see. He likened it to having a pet put down.

"It's not a nice thing to ever have to do," he said. "I hope nobody ever has to do it. I hope I never have to do it again in my career, but I know that's not likely."

Confoundingly, it's not obvious what's attracting the bears in Tofino and Ucluelet this year, Bates said. He said officers have patrolled the area on the night before garbage day in search of trash put out at the curb early. They didn't find any.

Now, he's hoping people who see signs of unsecured garbage or other bear attractants will get in touch with the conservation officer service as soon as possible. Deterring bears before they become habituated to humans is safer for everyone involved, Bates said.

"The sooner I know, the more options I have," he said.