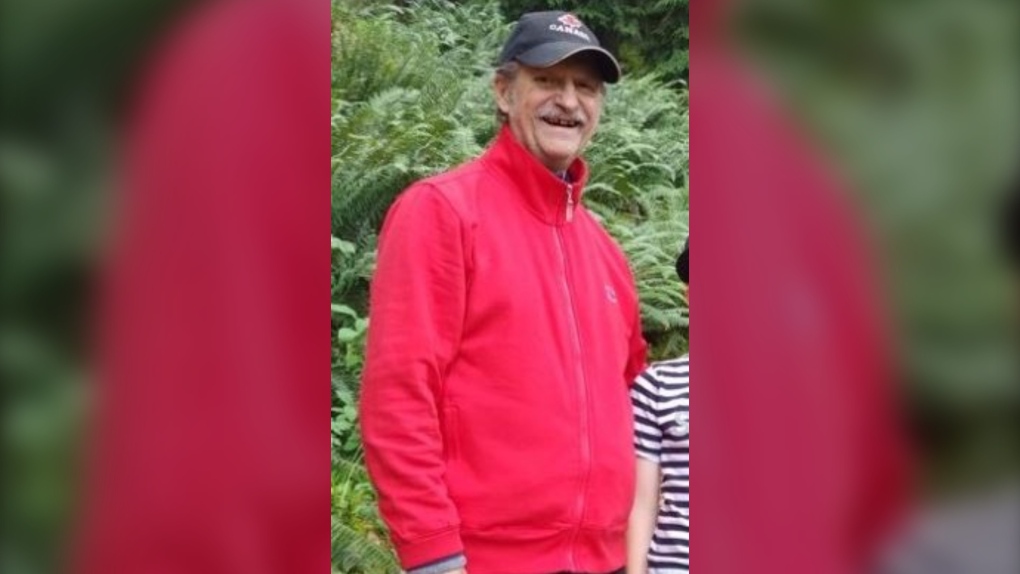 Police say Wayne Strilesky of Parksville walked away from a home on Manhattan Way in north Nanaimo. (RCMP)

Nanaimo RCMP are searching for a missing 75-year-old man with dementia.

Police say Wayne Strilesky of Parksville walked away from a home on Manhattan Way in north Nanaimo.

Police say he was last seen wearing a red jacket, dark blue jeans, white running shoes and a black "Canada" hat with a maple leaf on it.

Strilesky walked into a forested area near a home he was visiting and did not come back, according to police.

Strilesky is hard of hearing and has other medical conditions that are causing concern among his family.

Search and rescue dogs and police dogs are assisting in the search.

The Nanaimo RCMP are asking anyone in the area to watch for Strilesky and to immediately call 911 if he is spotted.