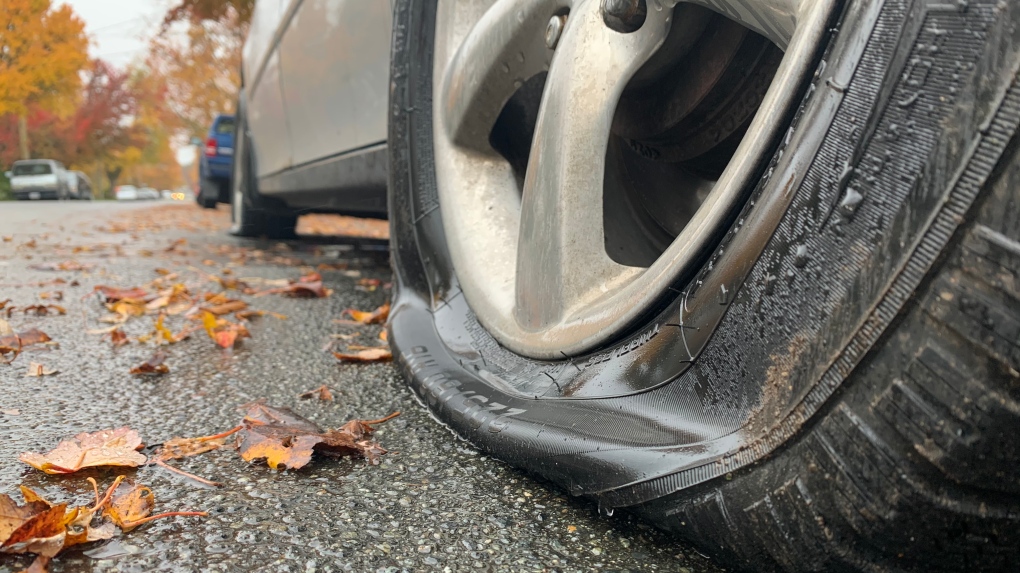 West Shore RCMP are investigating a series of tire slashings that occurred in Langford over the weekend: (File Photo)

VICTORIA -- West Shore RCMP say they are investigating a "mischief spree" after the tires on more than 20 vehicles were slashed in Langford last week.

Police say the tires were slashed between April 2 and April 4 near the intersection of Brock Avenue and Fergus Court.

Mounties searched the area shortly after the damage was reported. Now, investigators are asking for anyone who has home surveillance cameras to review their footage of the weekend.

"We are seeking the public’s assistance for anyone who may have home security surveillance video that may have captured any suspect or suspicious activity in this area," said Const. Alex Bérubé of the West Shore RCMP in a release Wednesday.

Anyone with information on the weekend tire slashings is asked to contact the West Shore RCMP non-emergency line at 250-474-2264.