Michelle Obama event postponed in Victoria due to COVID-19 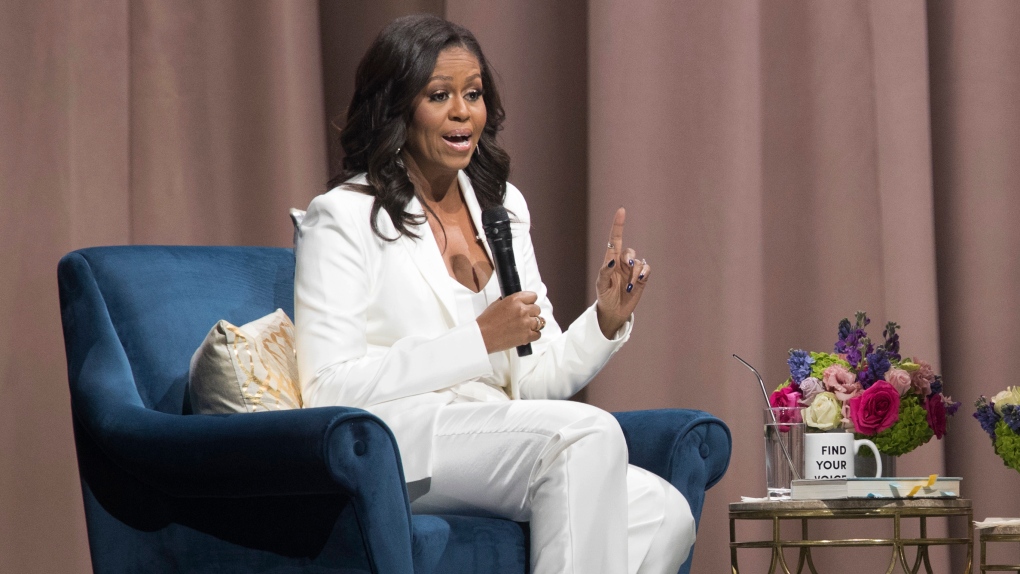 VICTORIA -- Former U.S. First Lady Michelle Obama has postponed her upcoming appearance in Victoria in light of the COVID-19 outbreak.

A notice from the promoter Friday said the decision was made in light of the B.C. government's announcement that gatherings over 250 people would be cancelled to prevent the spread of coronavirus.

Obama was scheduled to participate in a moderated discussion at the Save-On-Foods Memorial Centre on March 31.

Ticket holders can hang onto their tickets until a new event date is announced.

Obama served as First Lady of the United States from 2009 to 2017, becoming a role model, champion and inspiration for women, families, and many people across America and around the world.

They currently live in Washington, DC and have two daughters, Malia and Sasha.