The incident began before 1 p.m. Wednesday, when police were alerted to a possible hostage situation at a home in the 300-block of Vincent Avenue.

Police believed several people were inside the home, including at least two men who were thought to be carrying loaded guns.

Saanich police attended the scene and evacuated neighbouring homes, while the Greater Victoria Emergency Response Team was brought in and negotiation attempts began.

"It was a very dynamic scene," Saanich police Const. Markus Anastasiades told CTV News on Thursday. "We were learning information on the go and we had to adapt and change tactics several times ultimately to ensure the safety of the people inside and getting them to safety." 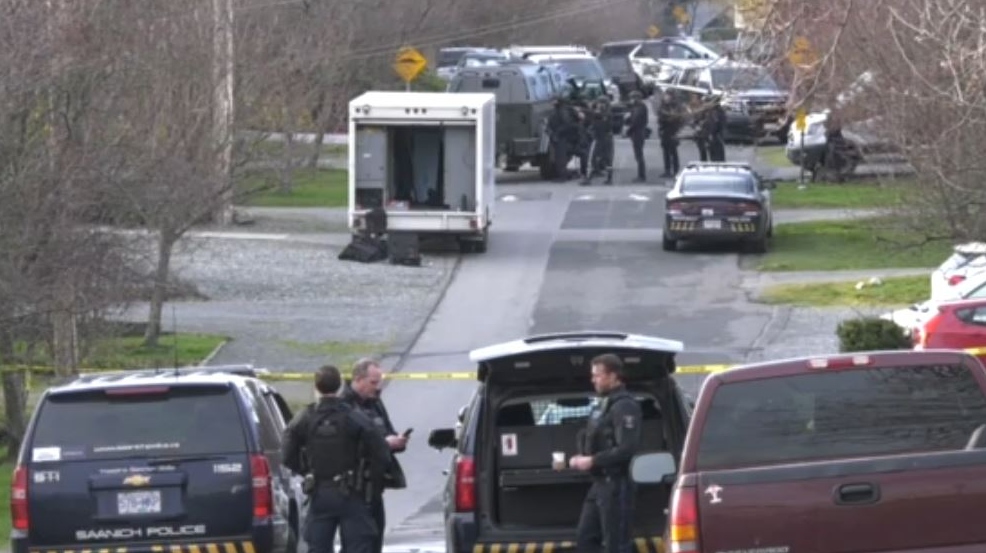 Investigators say two victims had been held against their will inside the home but were not physically injured. "Obviously there was emotional trauma there and we are supporting them and working with them through this," Anastasiades said.

Even after the hostages were freed, the two men refused to surrender to police until just before 8 p.m. when they were finally arrested, Anastasiades said.

Saanich police say they seized two guns from inside the home, including an unregistered and loaded 9mm pistol. 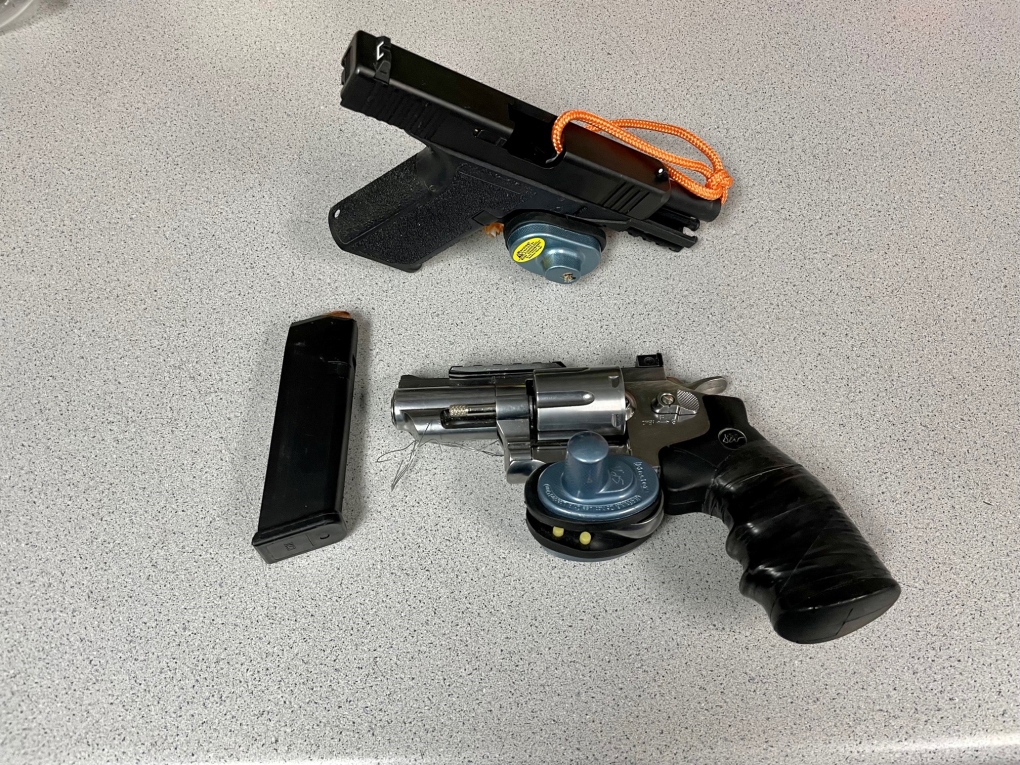 Saanich police seized two guns from inside the home, including an unregistered and loaded 9mm pistol. (Saanich police)

Anastasiades said he could not comment on the men's relationship to the victims but said "they were not strangers, from my understanding."

The two men are facing recommended charges related to weapons possession, forcible confinement and breaching court orders, according to police.

"One of the men had eight outstanding warrants for violent offences, and was in possession of a loaded firearm, contrary to his court conditions," said Anastasiades.

"We are very satisfied to have made the arrest of both men last, who were clearly a danger to the public, and are now facing very serious criminal charges," he added.