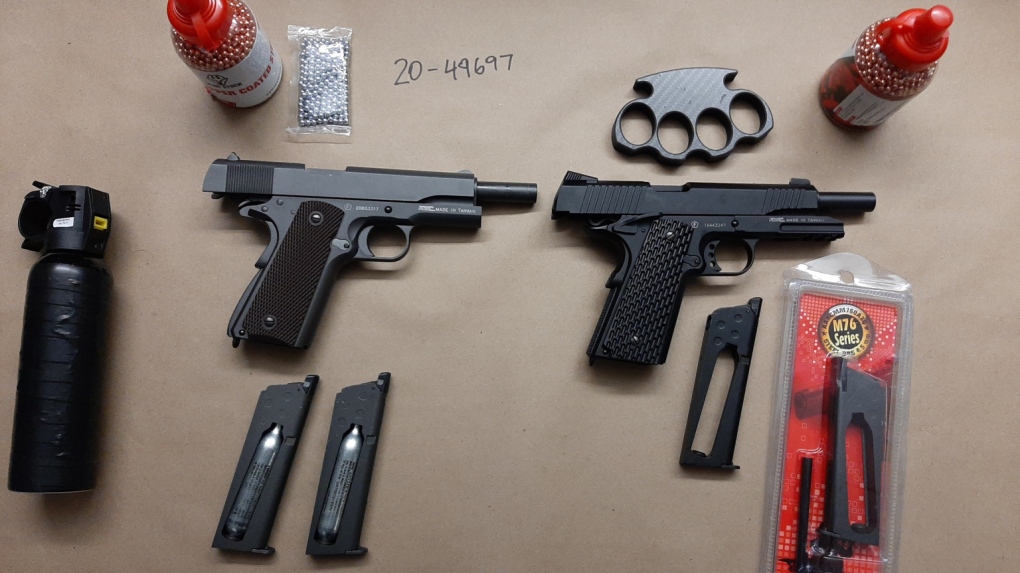 VICTORIA -- Two men were arrested by Victoria police on Friday after they were reportedly firing BB guns into the Inner Harbour.

Patrol officers were called to the 1100-block of Wharf Street before 11 a.m.

The two men were arrested near Fort and Langley streets as they were leaving the area.

A search turned up two BB pistols, along with bear spray and carbon-fibre knuckles, according to police.

One of the men was the subject of a warrant related to a break-and-enter investigation, police said Monday.

Both men were taken to Victoria police cells to await a court date.