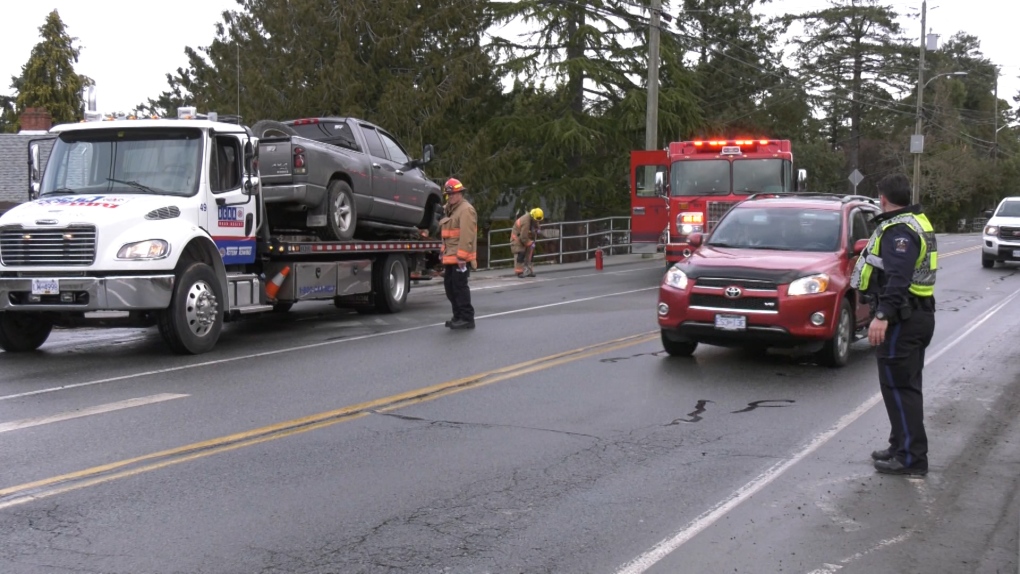 The crash slowed traffic on Admirals Road while police investigated and crews worked to remove the truck. (CTV)

VANCOUVER -- A driver on Vancouver Island was taken to hospital Sunday after causing a scary scene on a busy road.

The incident occurred on Admirals Road in Saanich. A northbound pickup truck crossed the centre line, striking a pedestrian traffic light, a utility pole and southbound vehicle that was waiting to make a turn onto Cowper Street.

"The driver appears to have been suffering from a medical episode, which caused him to lose control of his vehicle," said Saanich police Const. Richard Burdet at the scene.

The driver of the second vehicle was uninjured, and there were no obvious physical injuries to the driver of pickup truck either, Burdet said.

Still, the truck driver was taken to hospital for medical assessment, Burdet said, noting that the driver was conscious and breathing when emergency vehicles arrived.

The crash slowed traffic on Admirals Road while police investigated and crews worked to remove the truck.