Mayors call on B.C. to implement care plan for people living on the street 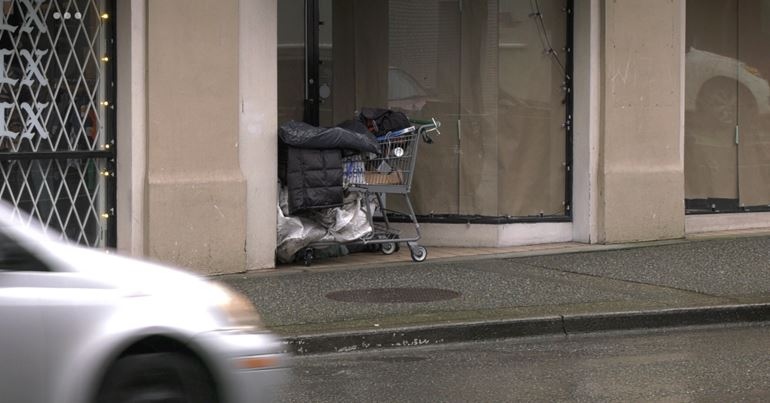 Mayors representing more than 55 per cent of people living in B.C. are urging the province to implement a plan to support the most vulnerable people living on the streets in their communities.

The renewed plea comes from the mayors of the BC Urban Mayors Caucus (BCUMC). The non-partisan group is made up of mayors from 13 municipalities on the B.C. mainland, the Interior and Vancouver Island.

“We’re asking for appropriate health (supports) and housing for the people who’ve been left on the streets of urban British Columbia for far too long,” said Victoria mayor and BCUMC co-chair Lisa Helps. “The situation is dire from Kamloops to Prince George to Victoria, because we are facing this challenge on our streets of people who need health care, need housing and should not be living in parks and doorways.”

The group says many of the people living on the street can display harmful behaviour to themselves or others and don’t fit in to the supportive housing facilities currently available in urban centres.

Helps says the province has stepped up in Victoria and across the province by buying or renting motels to provide homes for unhoused people during the pandemic. She says people who were homeless are living successfully in the temporary housing units as a first step towards permanent housing.

“The people who are left out on the streets are those who can’t live successfully in supportive housing because they don’t have the wrap-around supports that they need to stabilize and improve their lives,” said Helps. “It is exacerbated by the pandemic, but I think it's been a problem dating back to the 1990s and de-institutionalization.”

One of the issues associated with people struggling with complex mental health and addiction issues is the increased level of property crime, street disorder, and violence in communities.

“When somebody is diagnosed with mental health, substance use or brain injury and they’re left out on the street, their condition gets worse and that’s what we’re seeing. People’s health is deteriorating,” said Helps. “On the economy side, businesses are not equipped to provide mental health services to people who may wander in in a state of crisis and so really those are the two issues we are facing.”

Helps says the mayors of the BCUMC are under pressure from residents and businesses to do something about the issue of people with complex needs living on the streets.

“Our call once again to the province is meant to show our residents and our businesses that we are doing everything we can,” said Helps. “These are urban issues facing all of urban British Columbia.”

Helps hopes that the time that the province is taking to create a plan for complex care is and indication that will it be implemented immediately and not six months after the announcement.

“It's probably going to take a couple of years before we see the positive health and community impacts we all need to see,” she said.

“We’re grateful to the province for the hard work, because we know they’re working on this,” she added. “Let us see the announcement and let’s get the complex care solutions underway.”