Mature trees cut down in Saanich were not memorial trees, says district

Mature trees cut down in Saanich were not memorial trees, says district 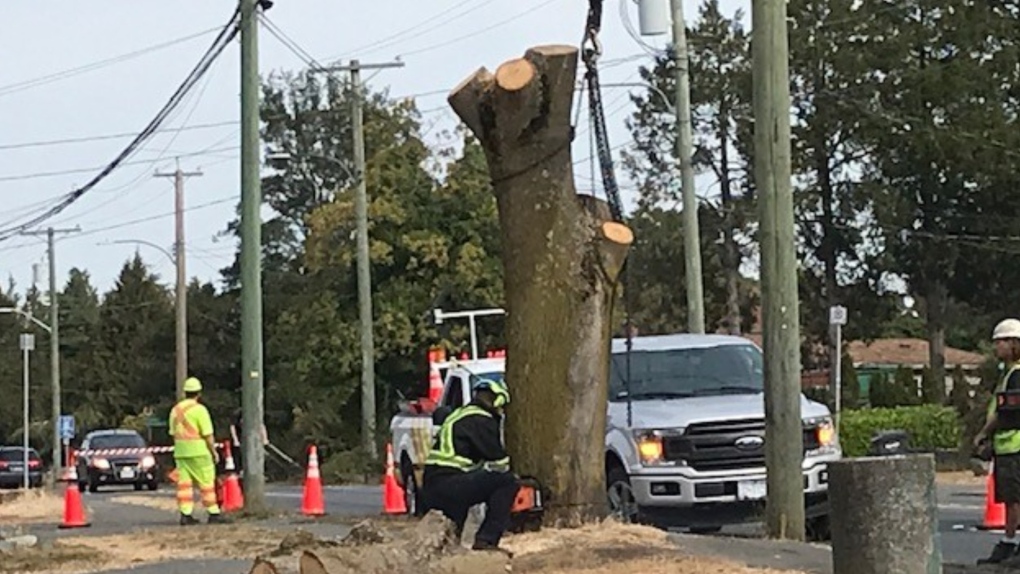 A tree being removed along Shelbourne Street in Saanich, B.C., is shown. (CTV News)

Greater Victoria residents may have noticed mature trees in Saanich, B.C., have been cut down to make way for the municipality's Shelbourne Street Improvements Project.

The removal of the trees has raised some concerns from community members who noticed their absence between North Dairy Road and Pear Street.

Trees, such as the iconic London Plane, are being removed as part of the second phase of the Shelbourne Street Improvements Project.

The project is intended to make the corridor safer for cars, bikes and pedestrians, and includes upgrades to underground infrastructure. 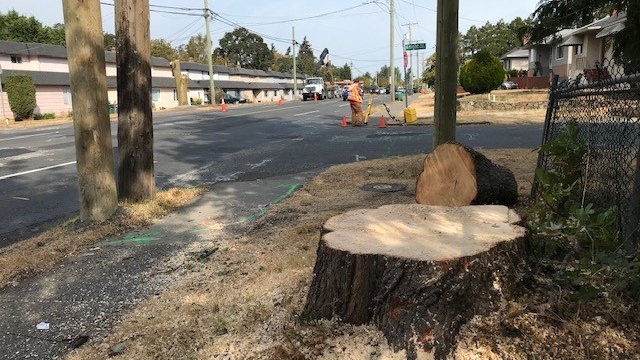 A cut down tree along Shelbourne Street in Saanich, B.C., is pictured. (CTV News)

More than 100 years ago, memorial trees were planted on both sides of Shelbourne Street in Saanich and Victoria to honour B.C.'s fallen soldiers and nurses in the First World War and Boer Wars.

Saanich told CTV in a statement that it acknowledges that some of the mature trees hold a historical significance, but none of the trees being removed are from the original Memorial Avenue plantings in 1921 – of which 200 still remain. 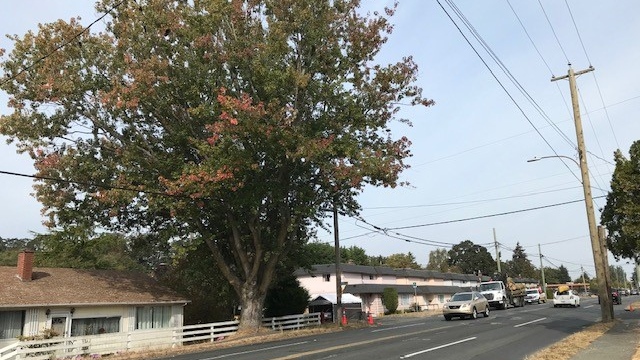 A mature tree along Shelbourne Street in Saanich, B.C., is pictured. (CTV News)

The municipality says it spent several years planning and consulting with residents about the proposed changes and tree removals before going ahead with the project.

As per the municipality's Tree Protection Bylaw – Saanich says for every tree removed three more will be planted within the project area or elsewhere in the municipality, totalling about 350 in total.

The improvement project is expected to take another three to four years to complete.