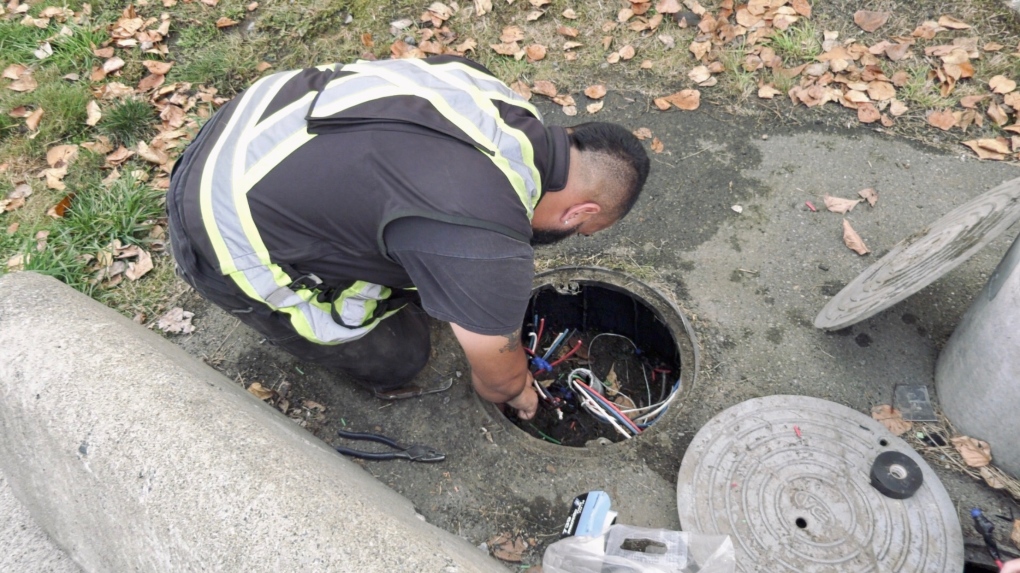 Evening events at multi-use turf fields in Nanaimo have been temporarily shut down after up to 500-feet of copper wiring was stolen from the fields' light systems Wednesday: (CTV News)

VICTORIA -- Up to 500-feet of copper wiring was cut and stolen from light fixtures at a series of community turf fields in Nanaimo, located at 2235 Dorman Rd.

Nanaimo RCMP say the theft occurred between 1 a.m. and 6 a.m. Wednesday and that the cost of damage is estimated to be $20,000.

All nighttime use of the fields has since been cancelled, as all of the lighting fixtures in the area have been affected.

“The fields are a tremendous asset to our community, and are used daily by various sporting groups,” said Const. Gary O’Brien of the Nanaimo RCMP.

“It is so disheartening to the see the extent to which thieves will go, with no thought or regard for the impact their actions have on so many,” he said.

Mounties say the wires were removed in such a way that the person or persons responsible may have had specific knowledge of the park.

“Thieves managed to access the wiring in a manner that suggests some prior knowledge of the wiring in the park,” said Nanaimo RCMP in a release Thursday.

Police say that ground coverings were opened and the wires were cut and removed. Fibre optic wires were also cut but not taken.

Mounties say the community turf fields will be closed for several days while repairs are being made.

Anyone with information on the incident is asked to contact Nanaimo RCMP at 250-754-2345.