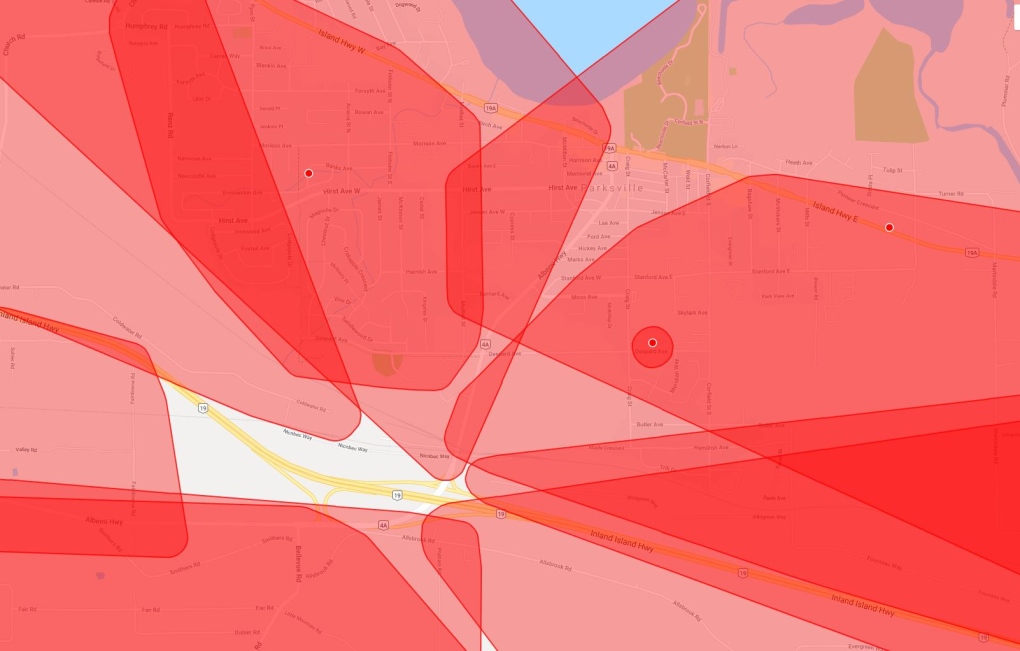 Power to nearly 27,000 BC Hydro customers in the Parksville/Oceanside area was restored around 2 p.m. Thursday afternoon.

According to BC Hydro, the electricty cut out for a number of hours when a transmission line in the area came down.

Normally, a single downed transmission line would not knock out power to the area as electricty would then transfer from an alternate line.

However, the second transmission line in the area was already offline for scheduled maintenance.

While the timing of the scheduled maintenance was unfortunate, BC Hydro says crews that were at the maintenance site were able to travel to the downed power line faster than if they had not been in the area at all.

The energy supplier is unsure what brought the power line down and is currently investigating the cause.

According to BC Hydro, a transmission circuit failure knocked out power to the coastal community just after 12 p.m.

According to the energy supplier, a fallen power line is likely the cause of the transmission circuit failure.

In total, an estimated 26,806 customers are without electricity.

Local BC Hydro crews are currently on scene making sure the area is safe while incoming transmission repair crews are en route, according to the energy supplier. The transmission crews are expected to arrive at approximately 1:30 p.m.

A frequently updated outage list of affected areas can be found on BC Hydro website's here.

"We'll know more when crews are there and area able to provide us with more information," said a BC Hydro spokesperson.