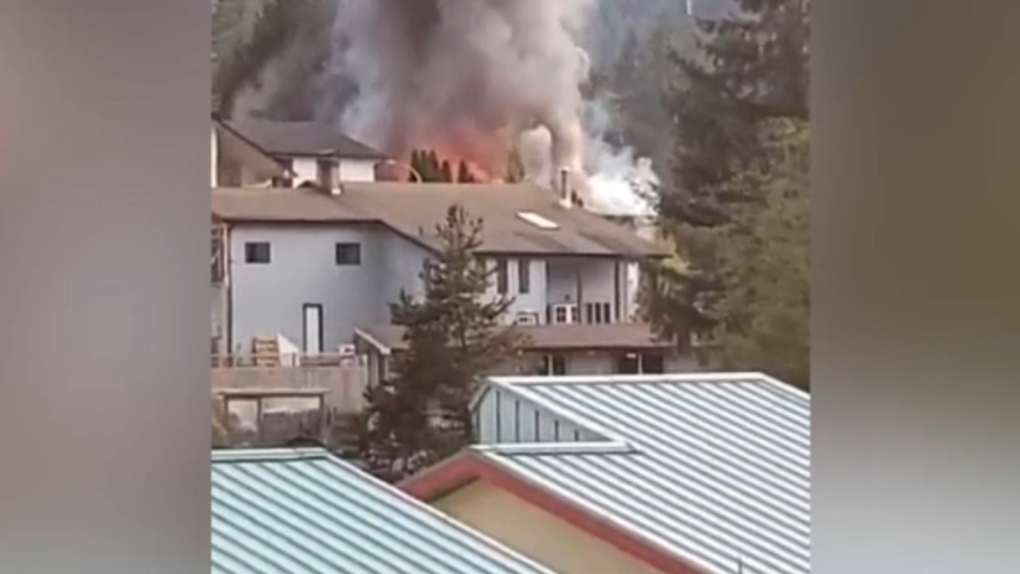 Fire crews were called to the home on Eagle Crescent in Gold River, B.C. around 7 p.m. Friday.

VANCOUVER -- A family on Vancouver Island has been displaced by fire, and the local mayor says it's not the first time.

Fire crews were called to the home on Eagle Crescent in Gold River, B.C. around 7 p.m. Friday.

Video of the blaze shows a column of thick smoke rising from the home as crews worked to douse the flames.

Gold River Mayor Brad Unger told CTV News Vancouver Island the family that lives in the home are longtime residents of the community who had a previous home destroyed by fire several years ago.

Unger said the family is receiving aid from provincial Emergency Support Services, which provides people with basic necessities for 72 hours after a fire.

The rest of the community is already working on additional supports for the family, including fundraisers, Unger said.

He said residents of Gold River and the neighbouring Tsaxana First Nation have a long history of rallying around each other after tragic events.

The Gold River Fire Department tells CTV News two members of the family were home at the time of the fire, but got out safely.

The home was fully consumed by the blaze, according to firefighters. The cause of the fire is under investigation, but it is not considered suspicious, crews said.