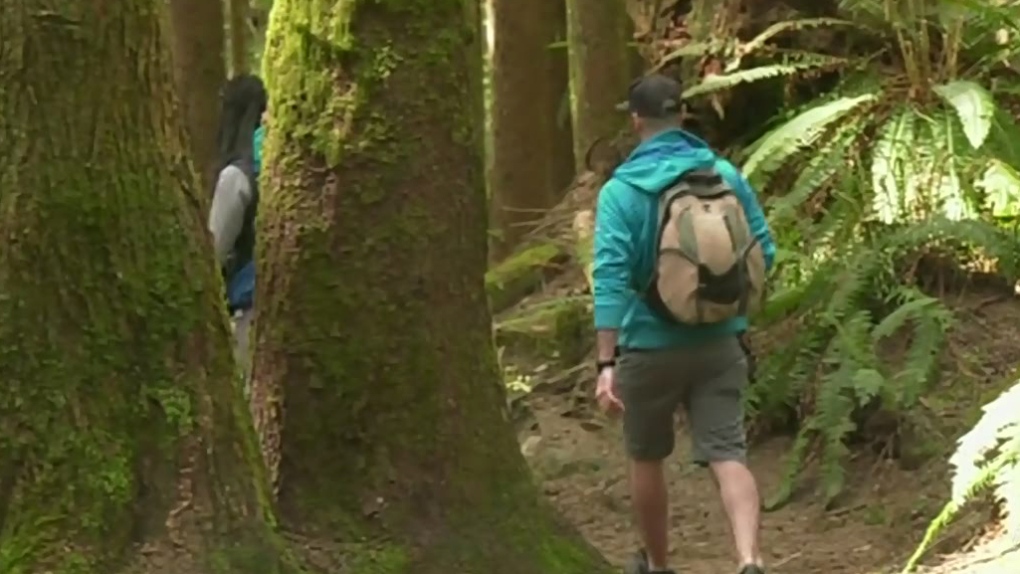 VICTORIA -- Most provincial parks across British Columbia reopened to the public Thursday after more than a month of closures due to COVID-19. But dozens of popular destinations on and around Vancouver Island, as well as Haida Gwaii, remain closed to visitors.

"Parks that attract large crowds will remain closed until it is safe to reopen at a later date," says the BC Parks website. "Backcountry campgrounds in some parks with high day use will also remain closed."

All provincial parks in B.C. closed on April 8 in response to the novel coronavirus pandemic.

Some facilities inside parks will still not be available when the parks reopen, according to the province. For example, some playgrounds, hot springs, halls and picnic shelters will remain closed.

BC Parks plans to reopen most provincial campgrounds and backcountry camping areas on June 1.

Prime Minister Justin Trudeau said Thursday that some national parks will also reopen at the beginning of June, but said returning to nature will look different than it once did due to COVID-19.

Anyone considering going to a provincial park is reminded to follow the province's overarching COVID-19 guidelines, including staying close to home, avoiding travel to small or remote communities, washing hands frequently and staying home when feeling unwell.

Provincial parks on Vancouver Island, the B.C. Gulf Islands and Haida Gwaii that still don't have a date to reopen Thursday are:

For more information on all B.C. provincial parks, including each park’s status and amenities, visit the parks list on the BC Parks website.