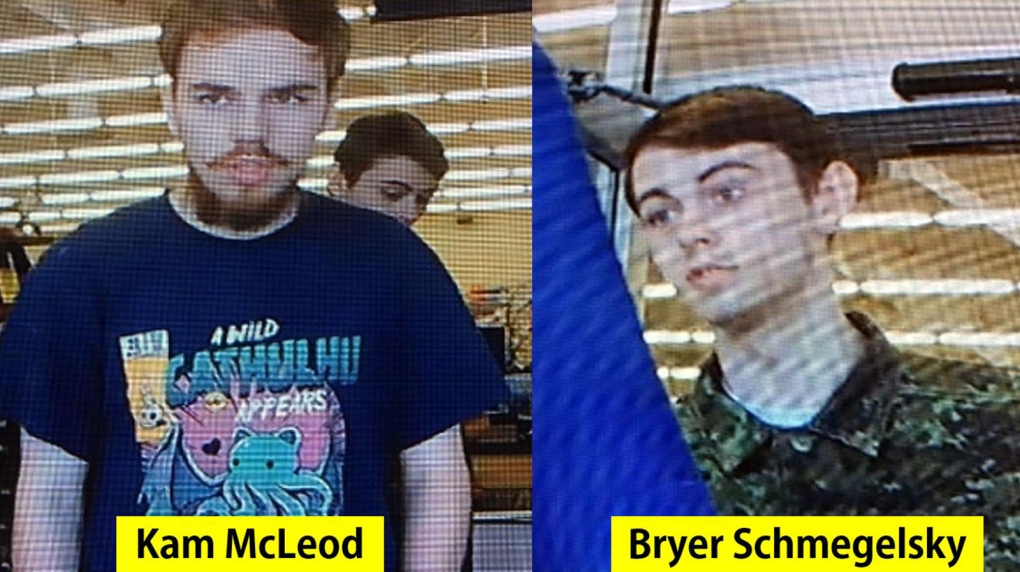 WINNIPEG -- The massive investigation and search last summer for two young men wanted for three killings cost the RCMP in Manitoba and British Columbia about $1.5 million.

Cpl. Julie Courchaine said Wednesday that Manitoba RCMP spent less than $800,000 during the 17-day search through the province's northern terrain for Bryer Schmegelsky, 18, and Kam McLeod, 19.

Those costs include the major crime investigation and specialized support services such as air services and forensic identification.

It does not include the cost of the Canadian Armed Forces, whose members were also involved in the nation-wide search.

A national RCMP spokeswoman in Ottawa said in an email she was not in a position to give a total amount.

The investigation began July 15 when the bodies of American Chynna Deese and her Australian boyfriend Lucas Fowler were discovered near B.C.'s Liard River Hot Springs.

Two days later, a burned truck registered to McLeod was found about 60 kilometres south of Dease Lake, B.C. The body of University of British Columbia lecturer Leonard Dyck was located nearby.

The search continued east in the following days. Dyck's Toyota Rav 4 was found burned near Gillam, Man., on July 23.

Mounties descended on the area of dense brush and difficult terrain. Local community leaders said at the time that anxiety was high for residents as police searched for the suspected killers.

Items belonging to the suspects were eventually found about eight kilometres from the truck. That led to the discovery of the bodies of Schmegelsky and McLeod in brush near the shore of the Nelson River on Aug. 7.

RCMP have said Schmegelsky and McLeod expressed no remorse for the killings in six videos they left behind.

Schmegelsky said their plan had been to march to Hudson Bay, hijack a boat and travel to Europe or Africa. But in another video he said they had reached a river that was too large and fast moving, so they planned to take their own lives.