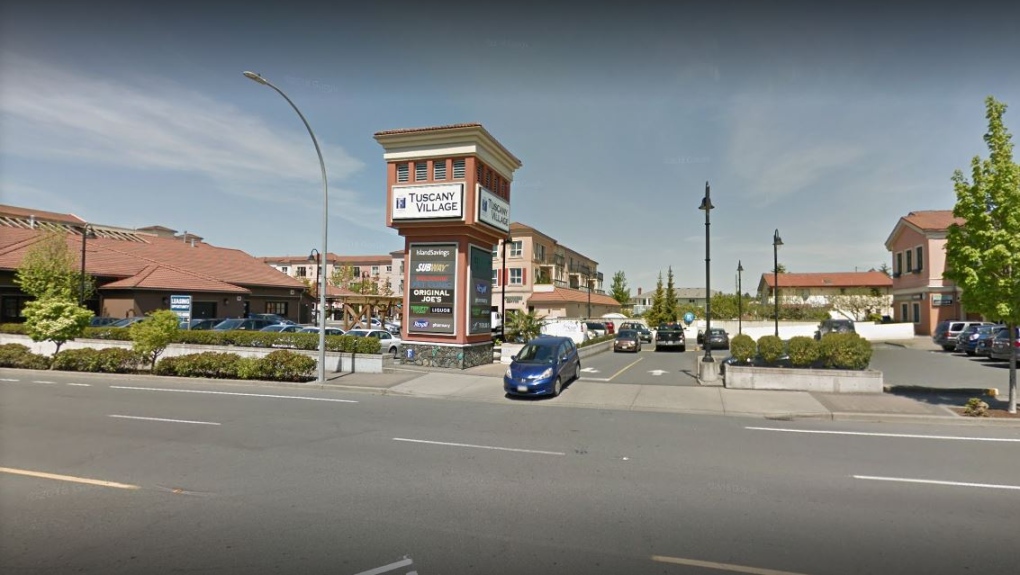 Police say the man entered the Subway restaurant in the Tuscany Village shopping centre in the 1600-block of McKenzie Avenue shortly after 5 p.m. Wednesday. (Google Maps)

VICTORIA -- Police are searching for a man after a Victoria-area Subway restaurant was robbed at knifepoint.

Saanich police say a man dressed in dark clothing entered the restaurant in the Tuscany Village shopping centre in the 1600-block of McKenzie Avenue shortly after 5 p.m. Wednesday.

Police say the man brandished a knife and demanded money from the cashier.

He then left the store with an undisclosed amount of cash, according to police.

The cashier was not physically harmed and was immediately able to call police.

Officers have not found the perpetrator, who police say had covered his face during the robbery.

Investigators have not ruled out a possible connection to a robbery last week at the nearby Maude Hunter's liquor store.

Anyone with information about either robbery is asked to call police at 250-475-4321.