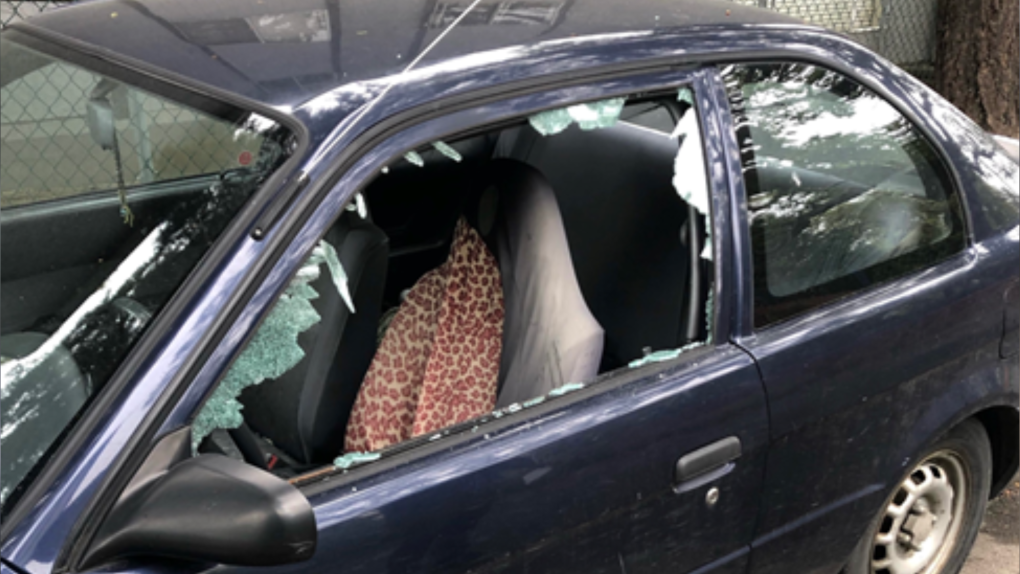 VICTORIA -- A man armed with a knife has been arrested after the windows of multiple vehicles were smashed in Victoria.

Officers were called to the area of Chambers and Grant streets around 8:30 a.m. Monday.

Witnesses reported a man was breaking car windows and threatening to stab one of the witnesses, police said Tuesday.

Officers searched for the man and found him near Haultain Street and Avebury Avenue.

Police say the man threw a knife on the ground before officers arrested him.

Investigators say the man smashed the windows of at least three vehicles Monday and is believed to be responsible for prior incidents in which windows were broken in the downtown and Burnside-Gorge areas.

Police say the suspect has more than 20 prior convictions, including for mischief, assault and assault with a weapon.

The man was taken to VicPD cells and released on conditions before a court appearance.