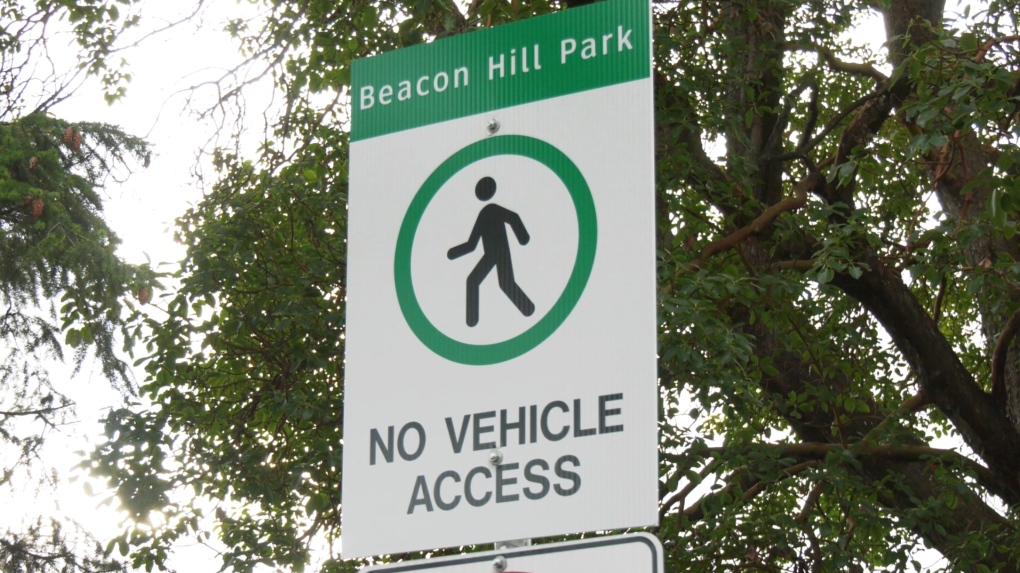 VANCOUVER -- Police in Victoria say they have arrested a man with an "extensive criminal history" who was wanted on multiple warrants.

The arrest happened in Beacon Hill Park on Wednesday, when patrol officers spotted the man sitting next to a fire in the gravel area of the 100-block of Douglas Street, police said in a news release.

Fires are not allowed in Victoria parks, police said.

The man's outstanding warrants were for assault, failing to comply with court-ordered conditions and breaching a court order, according to police, who said they stem from two incidents that happened in the city last year.

The first incident happened on May 20, 2020, when officers were called to a report of a theft and assault at a store in the 1600-block of Hillside Avenue.

Police allege that the man assaulted an employee at the store who had confronted him after a theft. When officers arrested the man, they found he had a replica firearm in his possession, which was in violation of conditions previously imposed on him by the courts, police said.

Officers arrested the man and seized the fake gun, and the man was later released on additional conditions and a scheduled court date, according to police.

The second incident happened on Nov. 13, 2020, when officers were called to a "disturbance" at a restaurant in the 100-block of Douglas Street.

This time, the man had allegedly stolen food and - when restaurant staff confronted him - spit at an employee. Police took the man into custody "after a brief struggle" and he was again released with conditions and a court date, police said.

"The man has an extensive history of previous criminal convictions, including convictions for assault, assault with a weapon, theft, mischief, being unlawfully at large, obstructing police and breaching court-ordered conditions," police said in their release.

After his latest arrest on Wednesday, the man was taken to Victoria police cells, where he was held pending an appearance in court.