Man who was shot by police at Victoria hospital arrested there again, police say 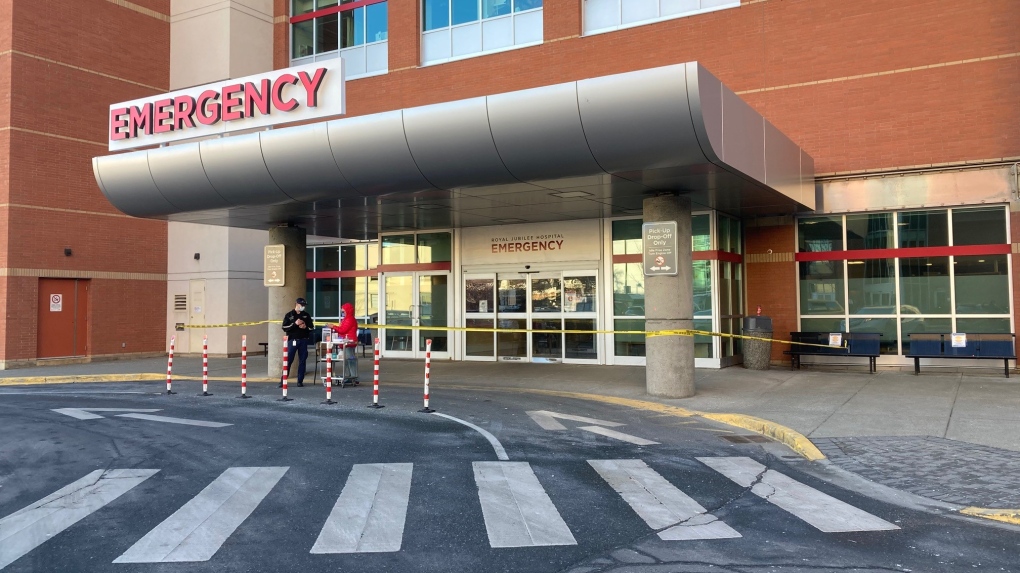 The entrance to Royal Jubilee Hospital's emergency department is seen behind police tape on March 15, 2021 after an officer shot a man who was allegedly wielding a knife inside. (CTV)

VANCOUVER -- A man who was shot by police inside a hospital in Victoria in March has been arrested at the same hospital for violating court-ordered conditions.

The Victoria Police Department said in a news release Friday that its officers were called to Royal Jubilee Hospital that morning for a report from hospital staff that the man "was in possession of weapons at the hospital."

Patrol officers were sent to the hospital and took the man into custody. No one was injured in the incident, and the man was held in custody for a court appearance, police said.

That resolution was notably different from what happened on March 15, when police who were at the hospital for an unrelated matter received a report of a man with a knife in the emergency department.

At the time, police said they used a stun gun on the man before an officer shot him with a pistol.

The man sustained non-life-threatening injuries in the incident, and British Columbia's police watchdog, the Independent Investigations Office, was called to investigate.

As of Saturday afternoon, the IIO investigation in the case was still listed on the office's website as "open."

The IIO is a civilian oversight organization tasked with investigating all incidents involving police officers in B.C. that result in death or serious harm, regardless of whether there is an allegation of wrongdoing on the part of police.

In March, the Victoria City Police Union said it stands by the actions of its officers during the shooting.

"We have confidence our members have acted appropriately in this incident and believe the investigation will support that," the union said at the time.

The investigation into the latest incident in which the man allegedly breached his conditions is ongoing, police said.