Man who threw spear at car wanted by Nanaimo RCMP 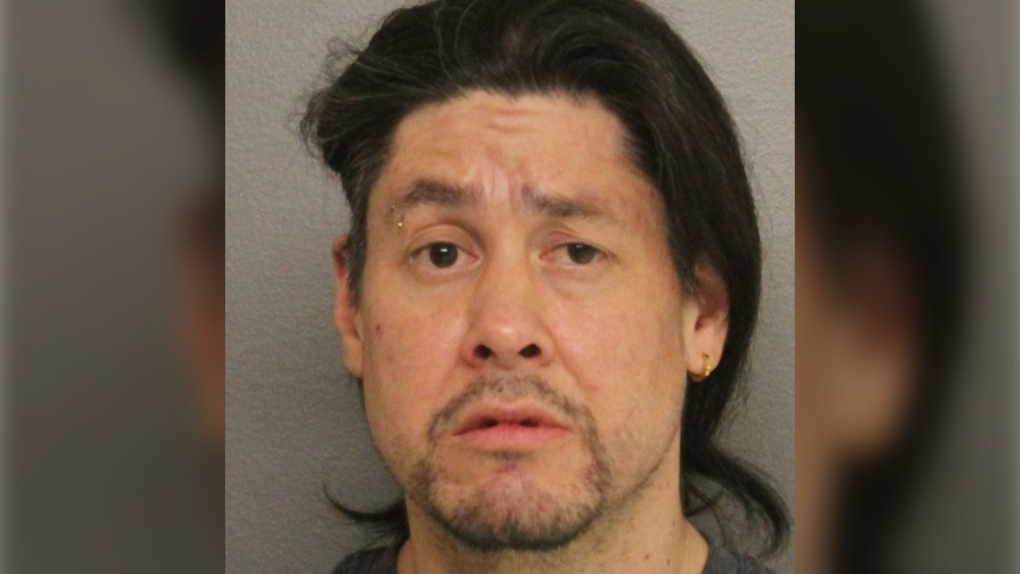 Nanaimo RCMP are on the lookout for Brian Thomas who allegedly threw a spear at a vehicle earlier this month: (Nanaimo RCMP)

VICTORIA -- Nanaimo RCMP are searching for a man who allegedly threw a spear at a car earlier this month and then failed to appear at his recent court date.

Mounties say they are searching for Brian Thomas, 38, who has been charged with assault with a weapon.

The incident allegedly occurred on Oct. 11 along Raines Road in Cedar, B.C.

Police say that Thomas, who is known for carrying knives and "various homemade weapons," threw a six-foot "metal spear-like object" at a vehicle that was driving in the area.

The spear crashed through a side window of the vehicle, according to the two occupants of the car.

The alleged victims told investigators that the spear would have crashed through the vehicle’s front windshiled had the pair not sped up in their car when they saw Thomas.

Thomas is described as an Indigenous man with black hair who stands 5' 11" and weighs approximately 160 pounds. Anyone who sees him is asked to call 911 and not approach him, as he has a history of violence and is considered dangerous.

Otherwise, anyone with information on Thomas’ whereabouts is asked to contact the Nanaimo RCMP non-emergency line at 250-754-2345.