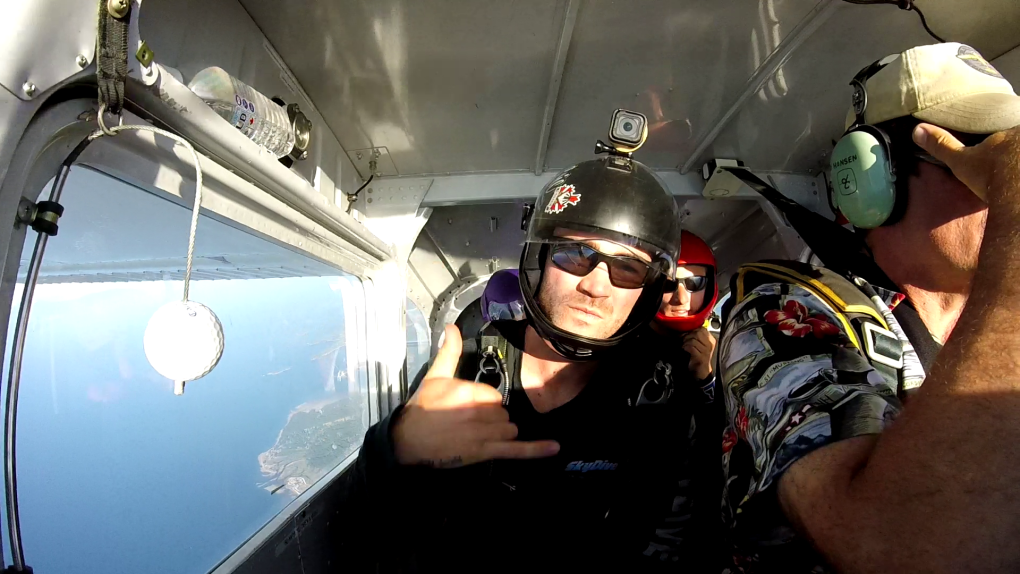 A Victoria man and father of two, James Smith, has been identified as the person who died in a skydiving accident on Vancouver Island.

VICTORIA -- An experienced skydiver who died after a horrific accident on Vancouver Island has been identified as 34-year-old James Smith.

On Sunday evening, Smith was attempting an advanced landing maneuver called “swooping” when he tragically hit the ground at a high rate of speed.

Police and fellow skydivers rushed to a landing site near Nanoose Bay, but according to the company, Skydive Vancouver Island, Smith died instantly.

James Smith, who also went by Jimmy James, was a father of two from the Victoria region.

The owner of the skydiving company involved says that James was attempting an extremely complex landing maneuver called “swooping,” something which he had completed before.

“The parachutist had a high amount of experience with this maneuver and was a coach and instructor within the sport of Skydiving,” said Skydive Vancouver Island owner, Gord Gauvin, in a statement Monday.

The company says that James’ parachute appeared to open normally when he jumped from the plane.

“We are devastated,” Gauvin said Monday.

“This is a friend of ours. We have had many joyous weekends together.”

Multiple organizations, including the BC Coroners Service and Canadian Sport Parachuting Association, are investigating the incident.