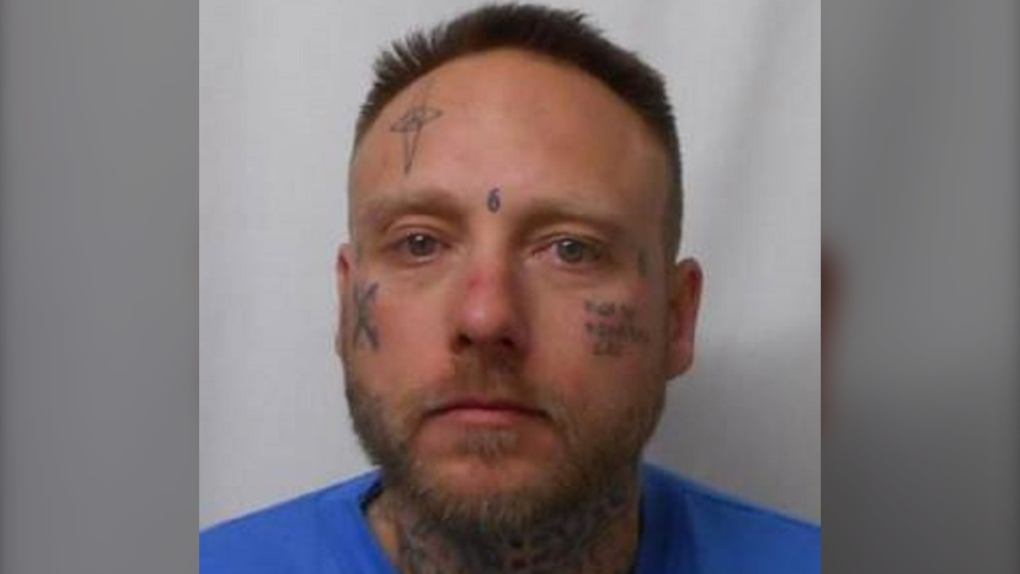 Noah Hodge, 35, is wanted on a Canada-wide warrant and is believed to be on Vancouver Island: (West Shore RCMP)

VICTORIA -- The West Shore RCMP are seeking the public's assistance in locating a man who is currently wanted on a Canada-wide warrant.

Mounties say that Noah Hodge, 35, is wanted for being "unlawfully at large," and was last seen in the Langford area on Dec. 15.

According to the West Shore RCMP, the last reported sighting of Hodge was near the 1000-block of McCallum Road in Langford on Sunday, and police believe that he is still within the Greater Victoria area.

Hodge is described as a white man who is approximately 5' 10" tall and weighs roughly 176 pounds with a medium build. He has green eyes, dark blonde hair and a blonde goatee. He also has a number of face and neck tattoos, including the number "6" in between his eyebrows and on either side of his eyes, and a large "X" on his upper right cheek.

Police are advising anyone who sees Hodge to not approach him and contact 911 immediately. Alternatively, people can contact Crime Stoppers anonymously at 1-800-222-8477.