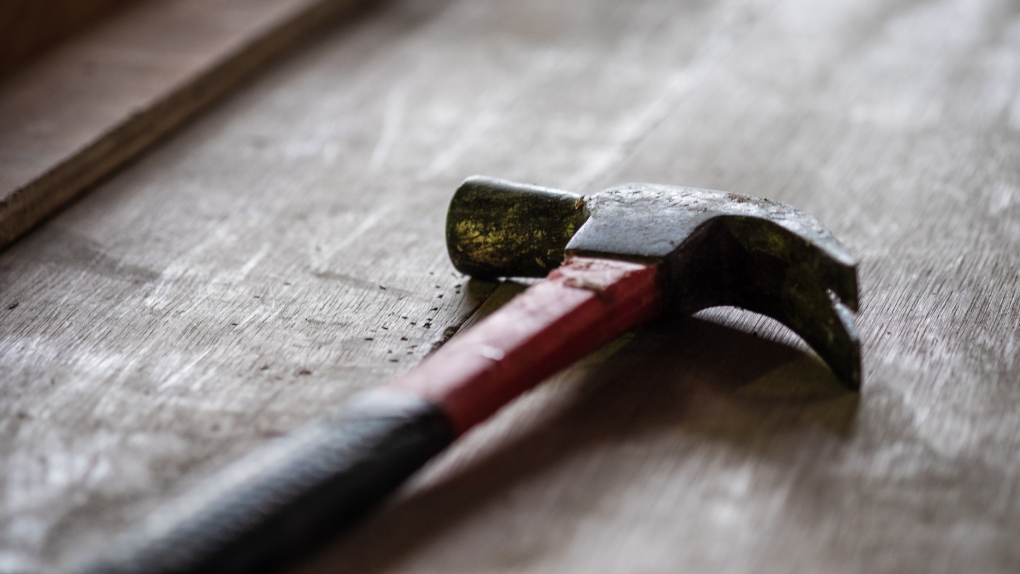 A hammer is pictured in this file photo (iStock)

Victoria police say a man is in hospital and another has been arrested following an "unprovoked hammer attack" on Thursday morning.

Police say they received a report of a random assault with a hammer around 9:30 a.m. in the 900-block of Pandora Avenue.

Officers were told that the suspect approached the victim from behind and struck him in the head with a hammer.

Police say the alleged attack was also captured on video.

The victim was taken to hospital by ambulance for treatment of significant but non-life-threatening injuries, according to the Victoria Police Department.

The suspect was located a short distance away from the incident and was arrested for assault with a weapon.

Police say the man has since been released with a future court date and multiple conditions, including one not to contact the victim and an order not to be in the 900-block of Pandora Avenue.

Victoria police say the investigation is ongoing. Anyone with information is asked to call VicPD at 250-995-7654. Tips can also be submitted anonymously to Greater Victoria Crime Stoppers at 1-800-222-8477.