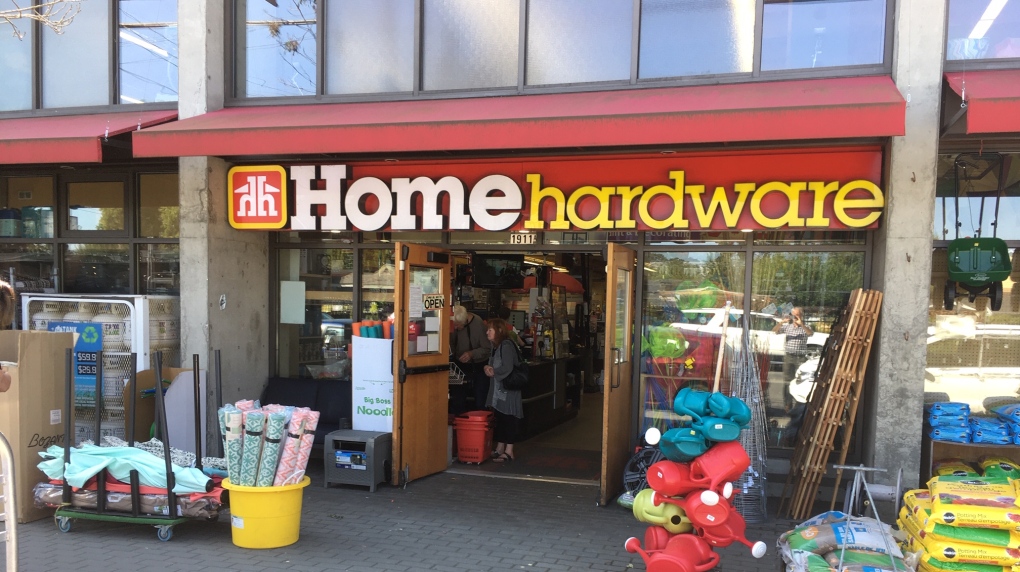 Police say a Home Hardware employee was attacked when he tried to stop an alleged theft: (CTV News)

VICTORIA -- A local business employee sustained potentially life-altering injuries while trying to stop an alleged theft, according to Victoria police.

Police say the incident occurred on Wednesday at the Home Hardware located at 1911 Oak Bay Ave. during business hours.

Witnesses told police that the employee tried to intervene when he spotted a man trying to steal items from the store. The man then assaulted the employee, and another bystander, before fleeing.

VicPD says that when officers arrived, the employee was being tended to by bystanders for non-life-threatening, but “potentially life-altering” injuries.

The other person who was assaulted did not require medical attention, say police.

Investigators are now seeking the public’s assistance in locating the alleged assaulter.

The man is described as a white male who was wearing a Pittsburgh Steelers jersey with the number 7 on it. He was also wearing grey baggy jeans, a black baseball cap with a yellow rim and black sneakers with white soles.

The man fled the area with a woman, and police say the pair may have left the scene in a taxi.

In November, police arrested a man for attacking an employee with a hatchet at the same Home Hardware during a robbery.