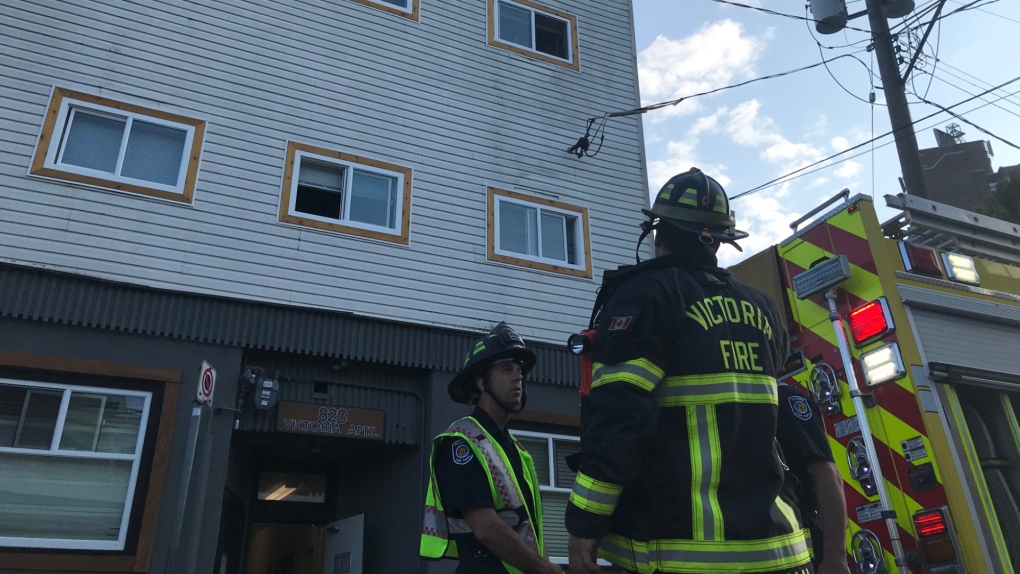 Firefighters were called to a top-floor unit at the Victoria Apartments at 820 Fisgard St. Wednesday morning. (CTV News)

VICTORIA -- One man is in hospital with life-threatening injuries after an early-morning fire in Victoria.

Firefighters were called to a top-floor unit at the Victoria Apartments at 820 Fisgard St. at 7:40 a.m. Wednesday.

A Victoria Fire Department scene commander tells CTV News one man was taken to hospital in dire condition by paramedics.

Neighbours say they smelled smoke and entered the man's unit. He was found badly burned and residents sprayed him with a fire extinguisher.

Victoria police said the fire was contained to a single suite from which the man was taken to hospital with life-threatening injuries.

Approximately 12 other occupants were removed from the building.

"The initial investigation indicates the fire is believed to be non-suspicious," said Victoria police in a statement.