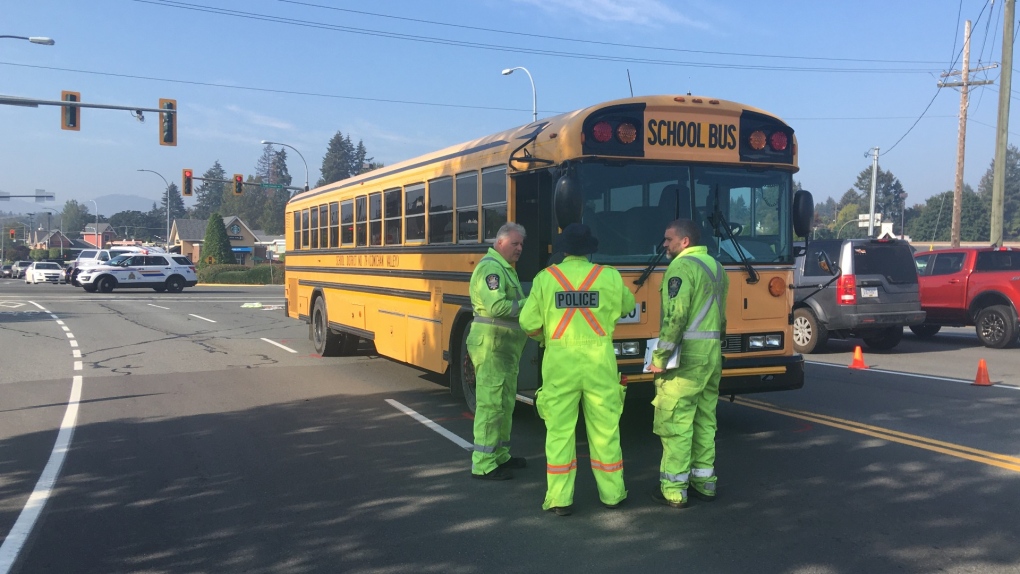 What appeared to be blood and first-aid equipment could be seen near the crosswalk of the intersection after 9 a.m. (CTV News)

VICTORIA -- A man has been airlifted to hospital with serious injuries after he was struck by a school bus in Duncan.

The collision happened Friday morning at the intersection of Beverly Street and the Trans-Canada Highway.

What appeared to be blood and first-aid equipment could be seen near the crosswalk of the intersection after 9 a.m.

North Cowichan/Duncan RCMP say the man sustained serious injuries and was taken to a local hospital before being airlifted to a neighbouring region for further treatment.

"Our thoughts are certainly with the pedestrian involved in this accident," the Cowichan Valley School District superintendent Robyn Gray said in a statement following the crash.

"As you can imagine, this is extremely traumatic for our driver and staff as well and we’re working to support them while cooperating fully with the RCMP investigation."

There were no students on the bus at the time of the collision, Gray said.

Anyone who witnessed the crash is asked to call the North Cowichan/Duncan RCMP at 250-748-5522, or report anonymously through Crime Stoppers at cowciahncrimestoppers.com or 1-800-222-8477.