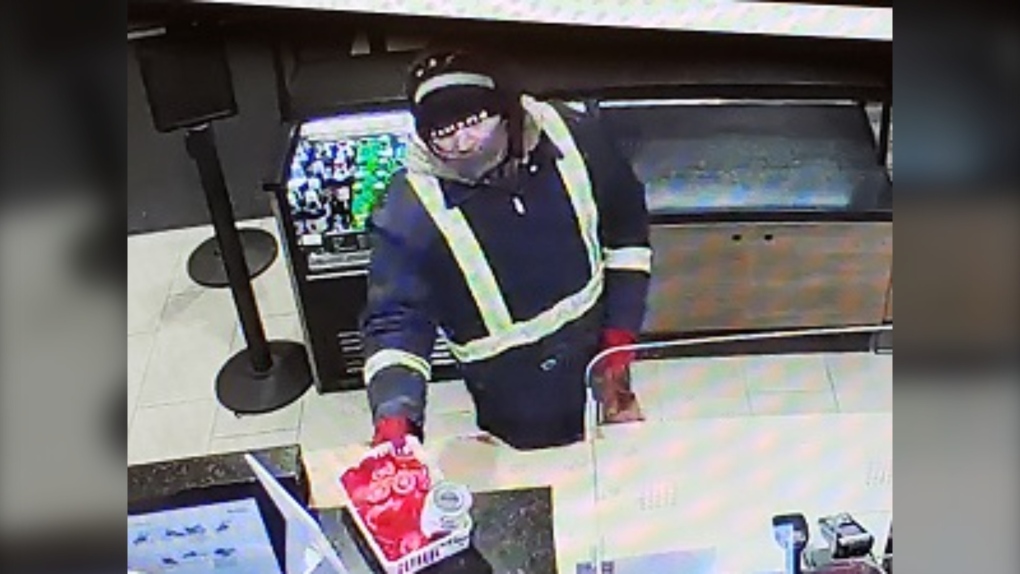 Nanaimo RCMP are searching for this man who allegedly stole a bin of poppy donations on Remembrance Day: (Nanaimo RCMP)

VICTORIA -- Nanaimo RCMP are seeking the public’s assistance in identifying a man who allegedly stole a poppy donation can from a local Tim Hortons on Remembrance Day.

Mounties say the theft occurred at the Tim Hortons on Fifth Street around 3 p.m. on Nov. 11.

The man reportedly distracted a store employee while he grabbed the poppy donation bin and dropped it into a shopping bag that he was carrying in his other hand. He then left the store.

“Each and every year we get several similar reports and every year the public and our officers are outraged,” said Const. Gary O’Brien of the Nanaimo RCMP in a release Friday.

“The public is also instrumental in quickly identifying these individuals and holding them accountable. We expect the same reaction this year and the same results,” he said.

The man is described as a white man with a heavy-set build who stands between 5'10" and 6' tall. At the time, he was wearing a high-visibility jacket, red gloves and a black toque.

Police say they are unsure how much money was inside of the donation can.