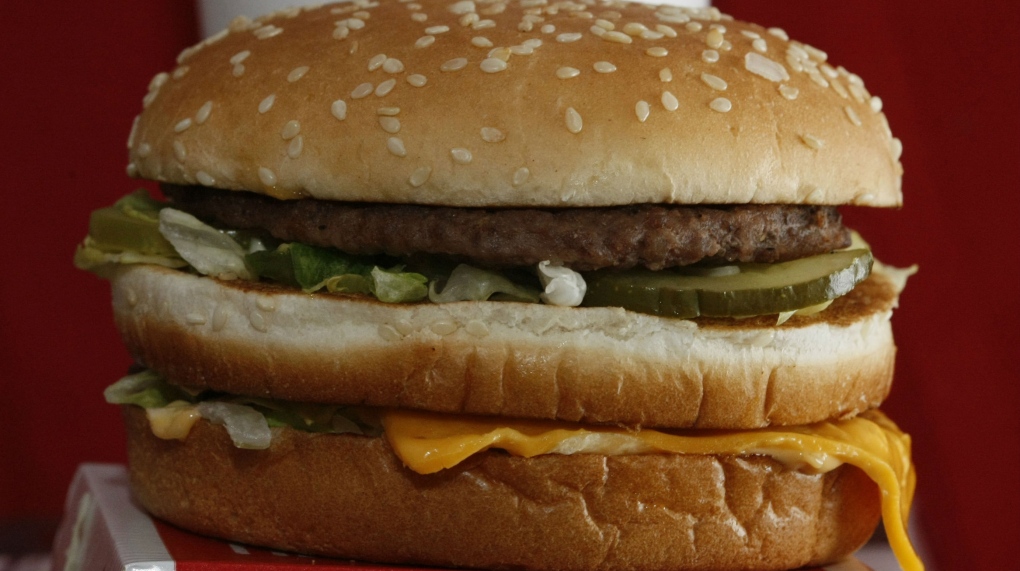 This Dec. 29, 2009 file photo shows a Big Mac sandwich in front of a drink at McDonald's in North Huntingdon, Pa.

Witnesses say the man entered a McDonald’s restaurant on Rutherford Road, stole a burger, walked out and then returned – this time yelling and screaming at employees.

The man was escorted from the restaurant and assaulted a 25-year-old female employee on the way out, according to police.

Moments later he tried to crawl through the drive-thru window but was pushed back out by the teen employee.

The man pulled out a knife and slashed the teen on his arms and hands several times, police said.

The thief fled and the teen was taken to hospital with superficial wounds.

Officers later caught up with the man and took him into custody after a quick scuffle.

He was expected to attend a bail hearing Friday afternoon and is facing charges of assault, assault with a weapon and theft under $5,000.