Man stabbed in front of family at Nanaimo mall 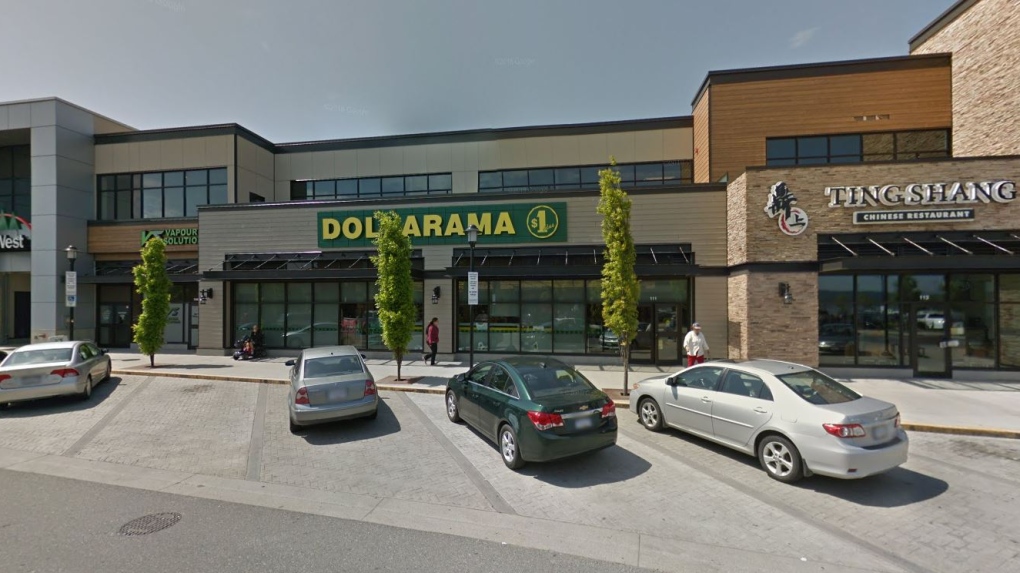 The assault took place outside of the Dollarama in Port Place Mall on Wednesday evening: (Google Maps)

VICTORIA -- A man has been taken into custody after an alleged stabbing in Nanaimo on Wednesday evening.

The assault occurred around 6 p.m. in the parking lot of Port Place Mall, just outside of the Dollarama located at 111-648 Terminal Ave., according to Nanaimo RCMP.

At the time, the victim, 50, was in the parking lot when the suspect walked past his family, who were standing outside of their car.

The victim's daughter, 25, asked the man to move away from them due to COVID-19, prompting the man to yell "some obscenities" at her.

The victim then approached the man, at which point the man allegedly struck the victim with a metal coffee cup. The two got into a fight and the victim was soon stabbed by the man.

The man fled the area on foot while the victim's wife called 911.

Police say the victim was then taken to hospital for treatment of non-life-threatening injuries.

Investigators were able to find the knife believed to be used in the incident at the scene. Roughly one hour later, police determined that the man was on Gabriola Island.

Gabriola Island RCMP assisted with the investigation and went to the man's home Wednesday night. He was taken into custody without incident and later handed over to Nanaimo RCMP.

The man is facing a recommended charge of assault with a weapon and is scheduled to appear Nanaimo provincial court on May 25. He has since been released from police custody until his court appearance.