VICTORIA -- With no plumbing, electrical grid or paved roads, the 400 residents of British Columbia's remote Lasqueti Island are used to fending for themselves.

During the novel coronavirus pandemic, with no full-time medical staff and the closest emergency room a helicopter ride away, that self-reliance is extending to complex medical equipment – or the rugged approximation thereof.

Karl Darwin, a 74-year-old "Lasquetian," is leading a whole-island effort to produce home ventilators in case COVID-19 makes landfall on the small island oasis in the middle of the Strait of Georgia.

Darwin's efforts began when the island's emergency co-ordinator approached him with a request.

"He said, 'Karl, you can build anything out of nothing. Can you build a ventilator?'" Darwin says.

Back at his solar-powered home, Darwin found a 1960s patent for an anaesthetic respirator online and roughed out a modified prototype using what he had lying around his shop – recycled plastic containers, a vacuum, an ultraviolet light, windshield-wiper motors and "a piece of rain pants with a blown-out crotch."

The end result he credits to three generations of Lasqueti Island self-sufficiency. 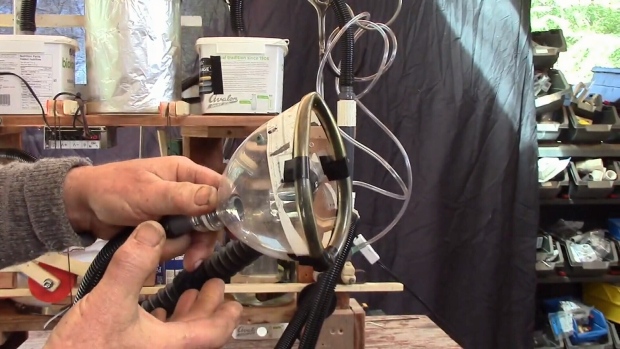 "I grew up on a subsistence farm with two parents who thought the Depression was still going on," he tells CTV News Vancouver Island. "You never threw anything out and you could always use some part of something and make something else with it."

Darwin documented his creation in a YouTube video that he says has been shared by friends to communities in Africa, Sri Lanka and India.

Closer to home, the threat of COVID-19 on B.C.'s remote Gulf Islands became real last week when a virus cluster was discovered in Alert Bay.

The small village on Cormorant Island immediately declared a state of emergency and imposed a strict curfew, announced nightly by the sounding of the island's tsunami warning sirens.

"These [ventilators] are so cheap to build that my idea is you don’t wait until you're gasping for breath to call for help," Darwin says.

"By then the ICUs will be overloaded and there won't be any space for you. So the idea is to have something like this in your house."

Darwin estimates the cost of the contraptions at under $200 and says he plans to build 16 units that can self-inflate without the use of a vacuum.

"It will take your exhaled air, bubble it through a sterilizing fluid and take it out of the room," he says. 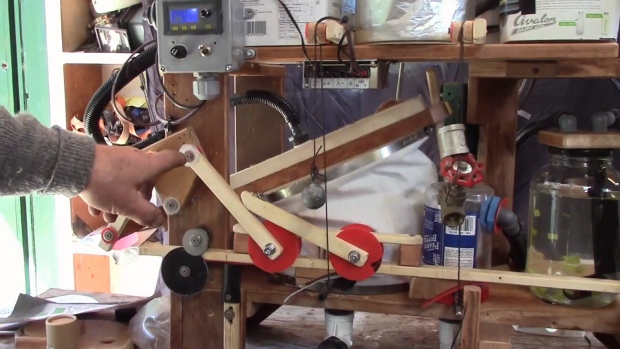 Neighbours have already signed on to sew bellows for the machines from discarded jib sails and distribute them around the community.

Lasqueti Island, named by a Spanish naval officer in 1791, is approximately 13 kilometres east of Vancouver Island and only accessible by passenger ferry. 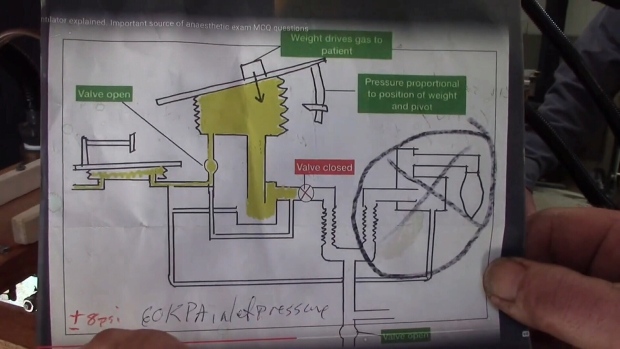