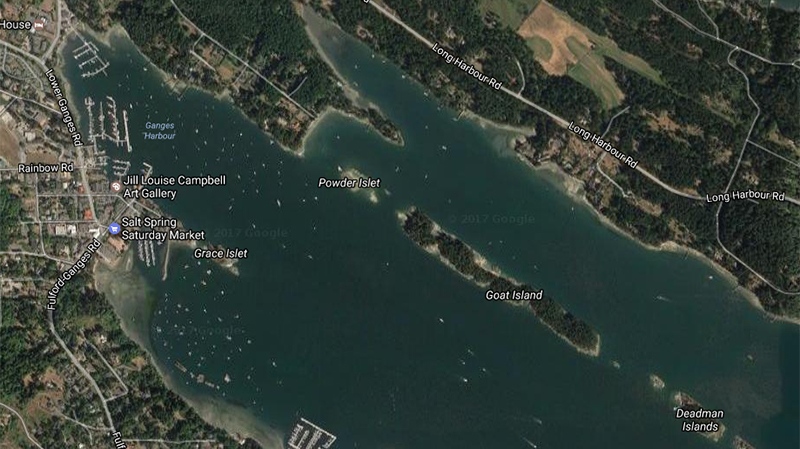 Ganges Harbour on Salt Spring Island is shown in this undated image from Google Maps.

Police are still trying to recover a man whose skiff boat went down off the coast of Salt Spring Island Monday in plain view of witnesses.

The man and his dog were in a small skiff in Ganges Harbour near Powder Islet heading toward a group of moored boats when witnesses saw the vessel capsize at around 8:15 p.m.

First responders who reached the boat found and rescued the dog, but the man was nowhere in sight.

The Coast Guard, local vessels, RCMP West Coast Marine and an underwater recovery team have assisted in the search efforts, but the man had not been found as of Tuesday afternoon.