Man in hospital after reported stabbing over a cigarette in Saanich 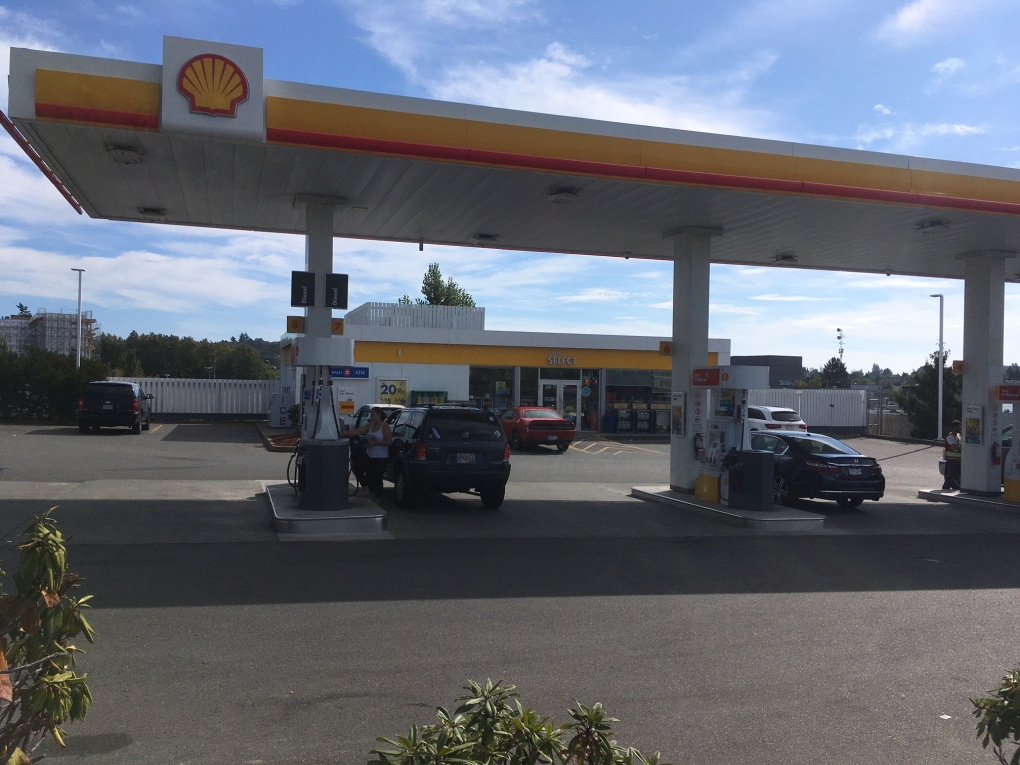 The reported stabbing happened at this Shell gas station at the corner of Douglas Street and Saanich Road. (CTV Vancouver Island)

One man is in hospital after he was reportedly stabbed over a cigarette in Saanich.

Police say the incident happened in the early hours of Thursday morning at the Shell gas station at the corner of Douglas Street and Saanich Road.

At approximately 1 a.m. a 29-year-old man and a 33-year-old woman had just bought cigarettes at the store when they were approached by a 25-year-old man who asked them for a cigarette.

When they refused, an argument ensued and the suspect punched the woman in the face, according to Saanich police. When the woman's boyfriend stepped in to stop the altercation, he was stabbed by the suspect, police said.

Saanich officers were quickly on the scene and found the injured man and woman nearby at the Red Lion Inn.

The man was transported to hospital with non-life-threatening injuries, where he remains Thursday.

The woman suffered minor injuries which did not require hospitalization, according to police.

A suspect was located in the Shell parking lot and arrested. He remains in police custody and is due in court later today.

Police said they will recommend three charges, including aggravated assault, assault and robbery.