'Man in crisis' arrested after barricading himself in Victoria apartment 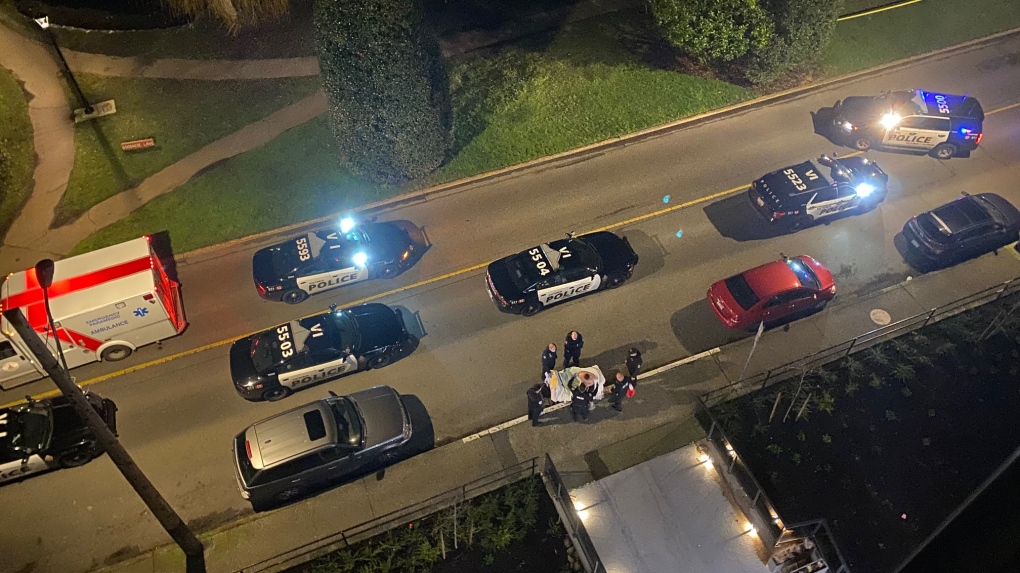 VICTORIA -- Victoria police say a man who was in the midst of a mental health crisis was taken into custody after causing damage to an apartment building early Thursday morning.

Reports of the man first came in around 3:30 a.m. Several residents of a building in the 300-block of Douglas Street near Beacon Hill Park told police that a man was running through the hallways, kicking doors and damaging property.

Residents told police that the situation was making them feel concerned for their safety.

Several VicPD officers arrived at the building and located the man, who then barricaded himself inside of a suite.

Police say that officers tried to negotiate with the man, who they learned was undergoing a mental health crisis, but he refused to cooperate with officers.

Eventually, around 4:30 a.m., the man surrendered to police. While he was being apprehended, officers also fired a less-lethal beanbag round.

The man was taken into custody under the mental health act and was brought to a hospital for a mental health assessment and treatment of non-life threatening injuries.

A resident of the building told CTV News that the man was not a camper from Beacon Hill Park.

Police say they are unable to confirm if the man was a resident of the building due to privacy reasons, but there was no element of break and enter related to the incident.

The police department is recommending charges of mischief against the man.