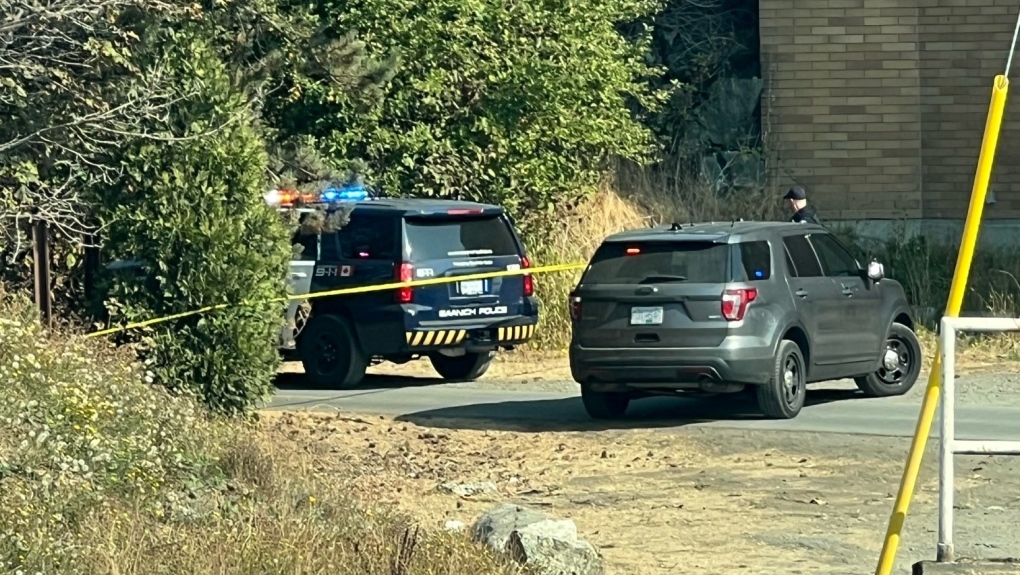 Police are pictured at the Lochside Trail in Saanich, B.C. (Sarah Bernier)

Police say there is no risk to the public after the body of an unknown man was found Thursday near a pedestrian and cycling trail in Saanich, B.C.

Saanich police detectives and the B.C. Coroners Service are working to identify the man who was found near the Lochside Regional Trail in the area of Quadra Street and McKenzie Avenue.

Investigators are also trying to determine the cause of death, according to Saanich police Det.-Sgt. Damian Kowalewich.

More information is expected to be released as the investigation progresses, police said.

Canada is the third most generous contributor to the group, the Association internationale de cooperation medicale, a non-governmental organization that receives support from the Canada-Ukraine Foundation and the Ontario government.

Barely a month after granting himself new powers as China's potential leader for life, Xi Jinping is facing a wave of public anger of the kind not seen for decades, sparked by his 'zero COVID' strategy that will soon enter its fourth year.

The niece of Iranian Supreme Leader Ayatollah Ali Khamenei is calling on people to pressure their governments to cut ties with Tehran over its violent suppression of anti-government protests.

Wouldn't it be nice to never have to work again? While this may sound like a dream to many, it is entirely possible. CTVNews.ca personal finance contributor Christopher Liew shares a handful of helpful tips on how to potentially achieve financial independence.

Kim Kardashian says she is 're-evaluating' her working relationship with Balenciaga after the luxury fashion house featured children cuddling teddy bears dressed in bondage gear in its latest advertising campaign.