Man drives into Nanaimo lagoon, abandons Jeep after getting stuck 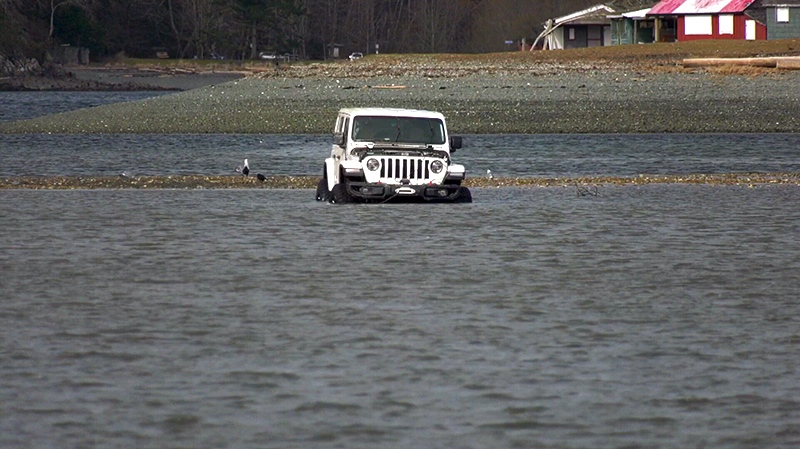 A man who drove his Jeep into a pristine Nanaimo lagoon and got stuck there abandoned the vehicle, forcing crews to retrieve it, according to RCMP.

"The vehicle got stuck and he decided to leave it there," said O'Brien.

A number of bystanders in the area called police to report the abandoned Jeep. They arrived and spoke to the driver on scene, who said he and his friends tried to pull the Jeep out of the mud with no luck.

A towing company was still trying to remove it Wednesday. O'Brien said the Department of Fisheries and Oceans has taken over the case, as they were concerned the abandoned vehicle could pose a marine pollution risk.

O'Brien said the driver would likely face charges under local parks bylaws, and possibly under the Motor Vehicle Act.

CTV News has reached out to DFO for more details.

According to the City of Nanaimo's website, Pipers Lagoon Park is home to a number of bird species and boasts arbutus groves, eagle nests and a clear view of the Strait of Georgia.