Man arrested after standoff with police at Victoria apartment 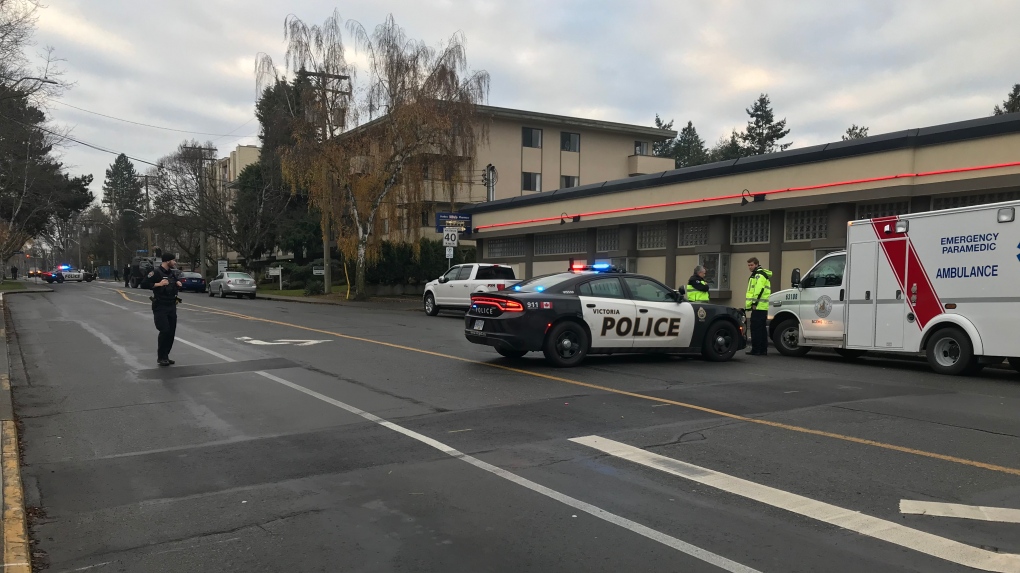 Victoria police have closed off Richmond Avenue as officers deal with a standoff at an apartment building on Sunday, Dec. 8, 2019. (Alanna Kelly/ CTV Vancouver Island)

VICTORIA -- Police say one person has been taken to hospital and a man has been arrested after a serious assault and standoff at an apartment building in Victoria.

Victoria police were called to the Royal Richmond apartment building just after 6 a.m. for a serious assault on Sunday.

“The victim was able to flee the residence and the lone suspect refused to leave the apartment,” said Victoria police Const. Matt Rutherford.

The Greater Victoria Emergency Response Team, along with crisis negotiators focused in on the apartment building located in the 1700 block of Richmond Avenue.

Residents living in the building say they were woken up just before 8 a.m. and told to get out of the building.

“I think a bomb just went off in the building,” said Chris Austin on Twitter.

Another resident tells CTV News Vancouver Island that they heard two bangs earlier in the morning.

“It was a massive sound, way more than just people rough-housing. I was scared,” said Chelsea Clark.

Clark lives at the building and said police told her the situation was contained to a single unit.

“The victim was transported to hospital with non-life threatening injuries,” said Rutherford.

A man was arrested and safely taken into police custody just after 11 a.m.

Richmond Avenue was closed between Fort Street and Leighton Road for several hours, but has reopened.