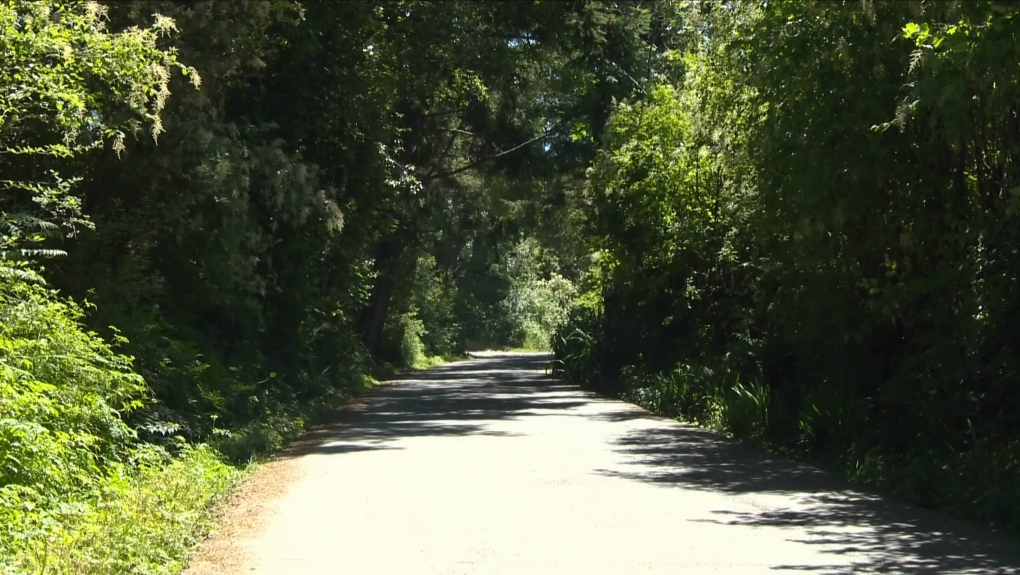 The assault happened on the Lochside Trail in Saanich, B.C. (CTV News)
Victoria -

Police have made an arrest following a September sexual assault along a popular walking trail near Victoria.

The assault happened on Sept. 6 on the Lochside Trail in Saanich, B.C.

A woman was walking north on the trail near Swan Street around 7:30 p.m. when a man approached from behind and assaulted her, according to police.

Police described the perpetrator as a white man between 30 and 40 years old, standing 5' 6" tall with a stocky build and a sandy beard.

Saanich police say the same man was spotted on the Galloping Goose trail on Sunday near Swan Lake and was taken into custody without incident.

The 33-year-old man was released on several conditions with a court date in early 2022.