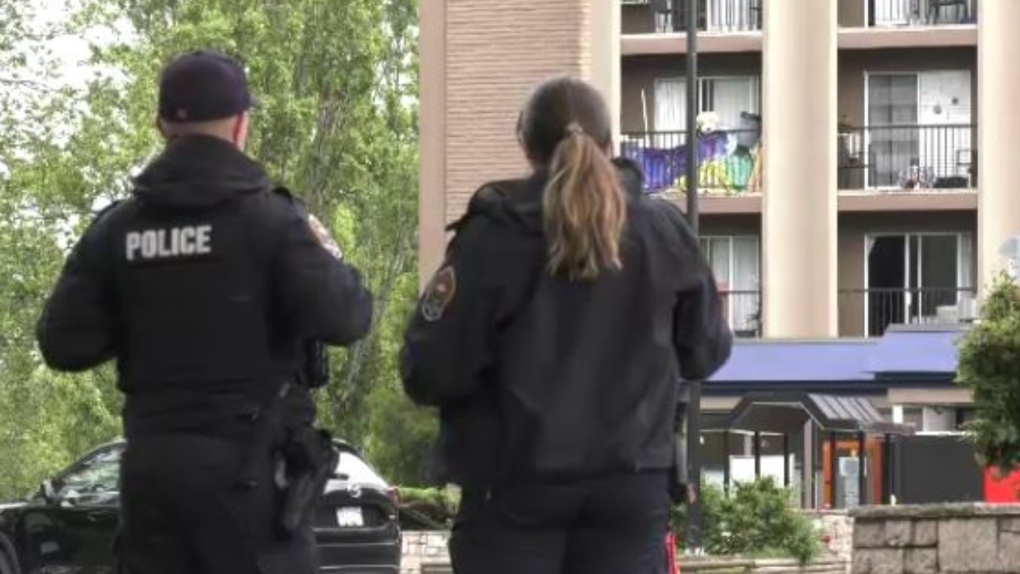 VICTORIA -- Police have arrested one man after he was barricaded for several hours inside a Victoria hotel being used to house the homeless Wednesday night.

Patrol officers were called to the Travelodge building in the 100-block of Gorge Road East at approximately 7 p.m. for a report of a domestic assault and breach of a release order.

Officers found the man inside a unit but say he refused to surrender to police.

Crisis negotiators and the Greater Victoria Emergency Response Team were called to the scene, where they worked for hours to resolve the incident.

Officers say the man refused to communicate with police and made several attempts to escape.

Police deployed multiple flashbang grenades and tear gas before the man exited the suite and was arrested at approximately 1:30 a.m. Thursday.

The man is being held in police custody pending a court hearing.

Police continue to investigate and say there were no injuries reported in the incident.