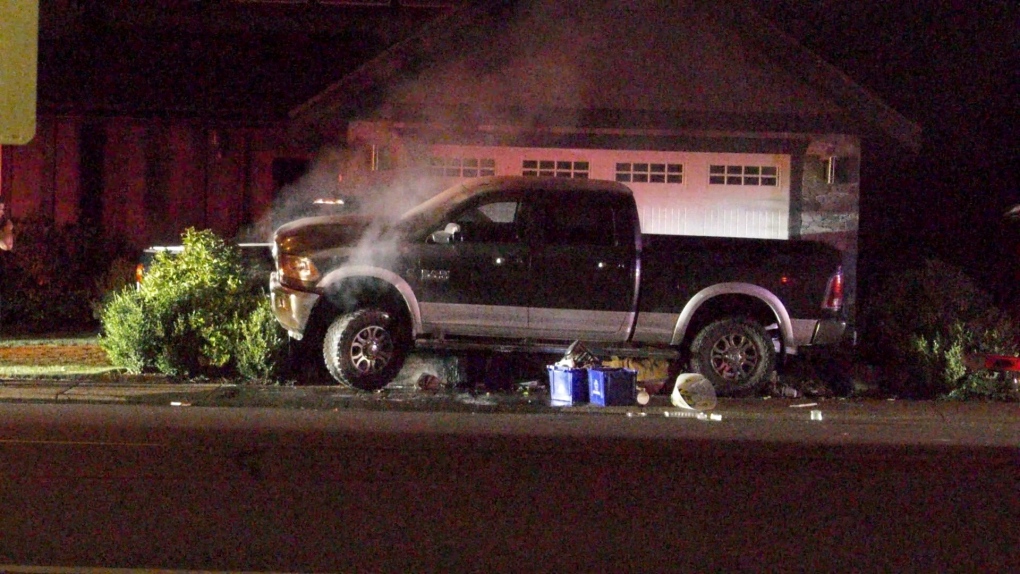 One man was taken into custody after a pickup truck collided with two parked vehicles, recycling boxes and a hydro box during an overnight crash in Courtenay.

First responders were called to the report of a vehicle crashing into a house at 12:30 a.m. Friday at the intersection of Idiens Way and Yorkshire Place.

When they arrived, fire crews found the house was unaffected, but two vehicles in the home’s driveway had been struck and a third vehicle had started to catch on fire. 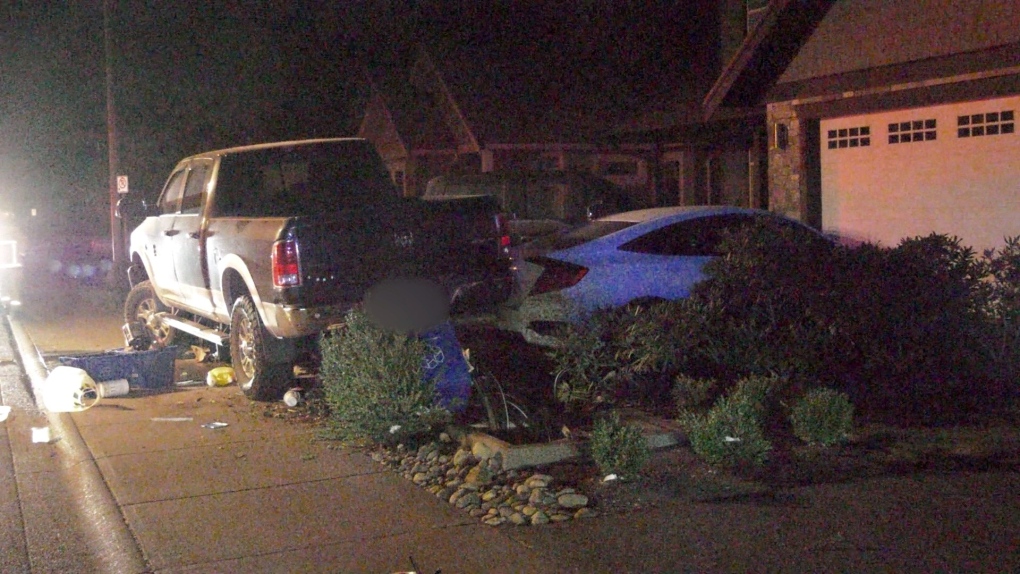 "There were small flames creeping out the front of the vehicle," said Cpt. Jonathan Welsh of the Courtenay Fire Department.

"RCMP were actioned with extinguishers and I was able to supplement that," he said.

Welsh says the pickup also severed a hydro box located on the front lawn of the home before striking the parked cars. Oil from the hydro box then began leaking out down the street.

According to Welsh, the driver of the pickup truck left the scene and was then convinced to return to the crash site.

"A little bit of encouragement just to alleviate some of the stresses of the first responders on scene just in tracking people down," said Welsh. "We were able to talk him down and get him back to the scene."

The driver was interviewed by RCMP at the scene and placed into handcuffs.

A BC Hydro crew also attended the scene to deal with the hydro box while employees of Courtenay Public Works dealt with the leaking oil.