Man arrested after crash and home invasion in Saanich 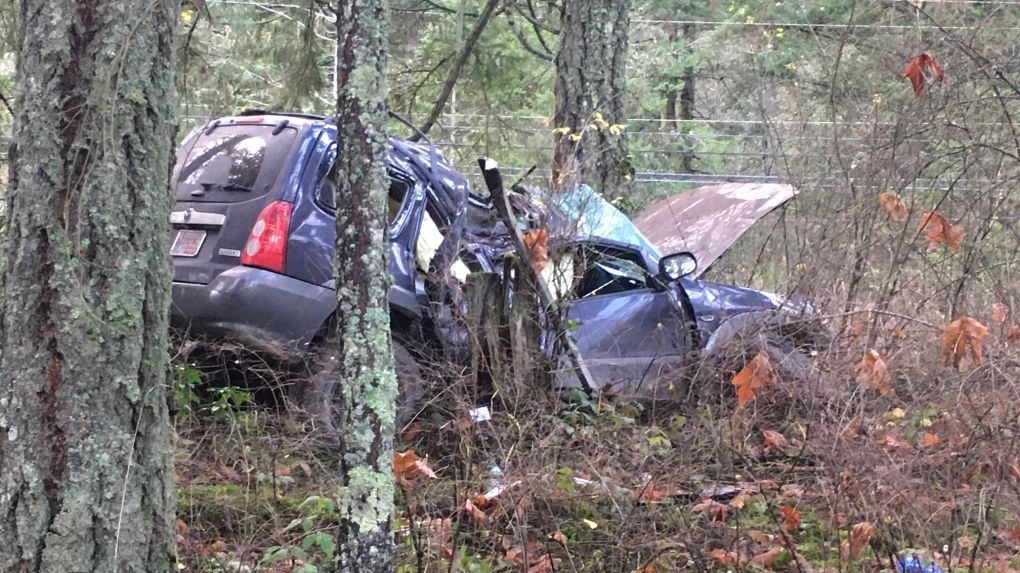 VICTORIA -- A man is in hospital after an SUV crashed into a tree along Interurban Road in Saanich on Monday afternoon.

Saanich police say the single-vehicle crash occurred just before 3 p.m. in the 4500-block of Interurban Road.

A witness told police that they saw the driver of the vehicle exit the SUV after the crash.

Minutes later, police say they received a 9-1-1 report of a break-in at a home in the 4000-block Markham Street. The homeowner told officers that a man who was covered in blood and speaking incoherently broke into their house.

Officers quickly arrived and took the man into custody before transporting him to hospital. Police say they believe the man is the same person who was driving the vehicle when it crashed and are working to confirm that.

Police do not believe that anyone else was in the vehicle at the time of the crash and have not ruled out impairment or mental health components as factors in the collision.

The suspected driver remains in hospital for treatment of injuries sustained in the crash that are not believed to be life-threatening, according to police.

"The health and safety of this individual is first and foremost," said Const. Markus Anastasiades, Saanich police, in a release Monday.

"The investigation will take some time to paint the entire picture of what happened this afternoon," he said. "The impact this vehicle sustained as a result of the crash was significant and it is remarkable that anyone was able to walk away."