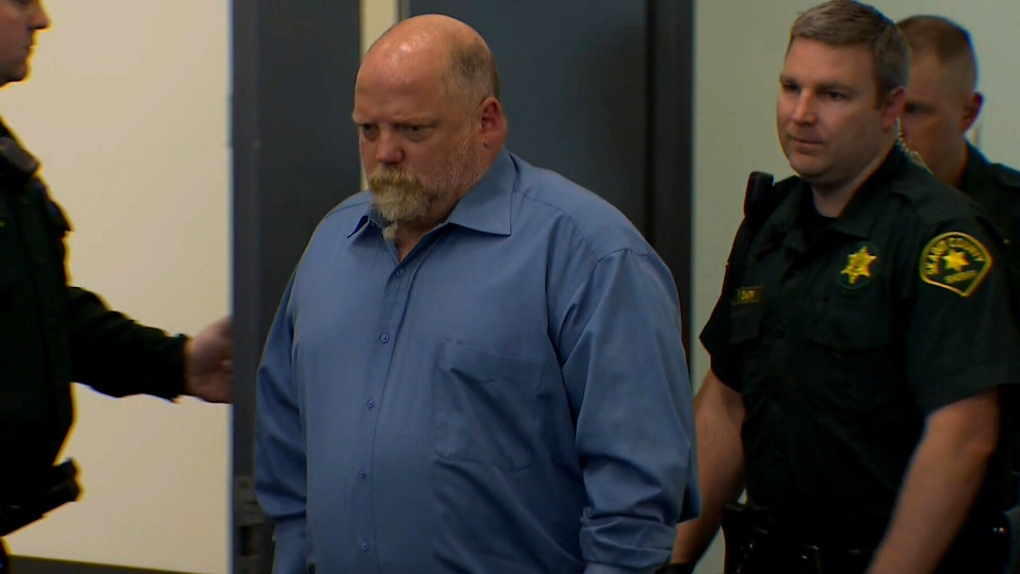 SeaTac-area man William Earl Talbott II, 55, appeared in court Friday after he was taken into custody and charged with the first-degree murder of Tanya Van Cuylenborg, 18. May 18, 2018. (Courtesy KOMO News)

Prosecutors in Washington state say they will not seek the death penalty for a man accused of murdering a Vancouver Island couple more than three decades ago.

They had been considering whether to seek the death penalty in the case against truck driver William Earl Talbott, who faces two charges of aggravated first-degree murder.

The bodies of 18-year-old Tanya Van Cuylenborg and her boyfriend Jay Cook, 20, were found in Snohomish County Washington in November 1987.

Talbott, 55, was arrested in May after advances in DNA technology led to a break in the 31-year-old cold case.

Investigators compared DNA from the crime scene to an online genealogy database, then looked through a family tree to identify Talbott as a suspect.

Talbott is being held in custody on $2-million bail.

The plan is for the trial to begin in early April with pretrial motions set for March 29.