Man accused in Nanaimo Christmas Day theft turns himself in 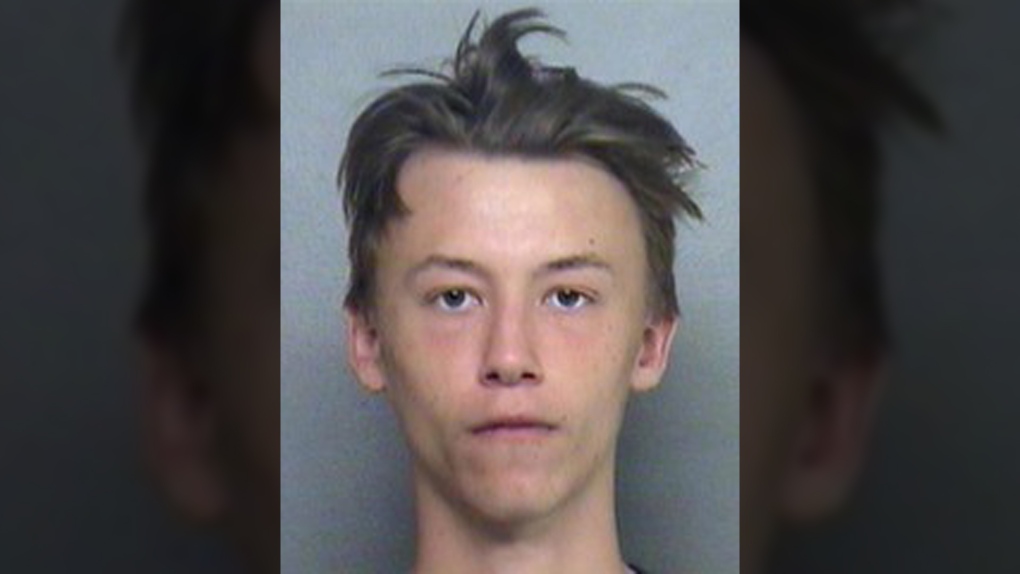 Nanaimo Mounties say they're looking for 20-year-old Justin Redmond Feusse, of no fixed address, on two counts of break and enter and theft. Jan. 3, 2018. (RCMP Handout)

Hours after they issued an arrest warrant for a man accused of breaking into a home on Christmas day and stealing gifts and stockings from a family, Nanaimo RCMP say the suspect has turned himself in.

Mounties issued the warrant for 20-year-old Justin Redmond Feusse, of no fixed address, on two counts of break and enter and theft.

One of the counts is related to a January 2017 break and enter at a home on White Road in Cedar.

The Christmas Day theft happened at around 3 a.m., with the thief believed to have entered through an unlocked kitchen window.

He is then alleged to have stolen several wrapped presents including iPhones, video games, clothing and gift cards, as well as stockings hanging in the living room.

"The investigation into this incident is continuing," Nanaimo RCMP spokesman Const. Gary O'Brien said in a statement. "Investigators are also looking at other unsolved break and enters throughout Nanaimo to see if there is any connection to this individual."

In a tweet sent around 4 p.m. Thursday, Mounties said Feusse was "feeling the heat so much, he just turned himself in at our detachment." No word on when he might appear in court.

20 year old Justin Feusse, wanted for Break & Enter was feeling the heat so much, he just turned himself in at our detachment. Thanks to everyone who got the word out so quickly #community #busted @NanaimoCS @cityofnanaimo