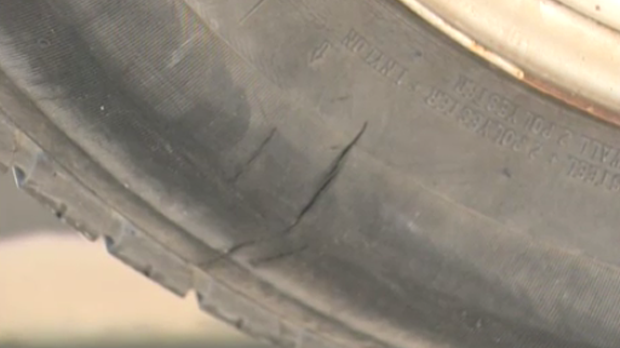 A fit of parking lot rage ended up sending a 37-year-old man to hospital with a self-inflicted leg wound Thursday, according to Saanich police.

The Esquimalt man had been at Pearkes Arena when he returned to his vehicle and found another vehicle parked very close to his.

Police say likely out of frustration, the man grabbed a knife and punctured one of the vehicle’s tires – but that wasn’t all.

“Clearly the man was unfamiliar with the physics behind his actions, as not only did he puncture the tire, but he ended up stabbing himself too,” the department said in a news release.

The man then attempted to drive himself to the hospital but realized along the way he was bleeding heavily.

He had to pull over and call paramedics to get him to the hospital. Once he was there, doctors recognized that he needed surgery right away to repair a severed artery in his leg.

The man is currently recuperating at the hospital and Saanich police say they’re looking for witnesses who may have seen the tire-slashing incident.