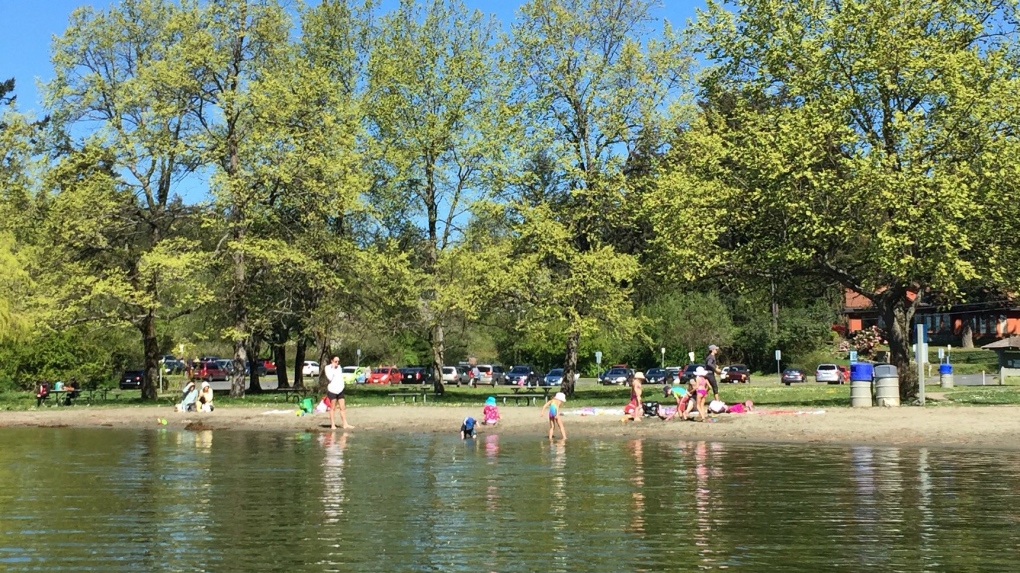 The woman was able to give police a description of the man, and noted his vehicle's licence plate.

Police say the man matched the description of someone from two similar incidents that were reported on June 19 and June 27 in the area.

"While the investigation is still ongoing, we believe this suspect to be the same person in each of the three incidents reported from Hamsterly Beach," said Saanich police Const. Markus Anastasiades in a release Tuesday.

Saanich police say they arrested the man on Sunday. He was later released on conditions, including a ban on visiting any park, playground, swimming area or school where children under the age of 16 are present.

He is scheduled to appear in court in September and is facing a recommended charge of committing an indecent act, according to police.

Anti-vaxxers in Quebec could be fined $10,000 for protesting near schools, hospitals

NEW | 'We've had patients die waiting for a bed': Vancouver Island doctors frustrated with the unvaccinated

An emergency room doctor in Victoria says patients who are not vaccinated against COVID-19 are causing unnecessary delays and even deaths in the health-care system.

Former Nazi death-squad member Helmut Oberlander has died in the midst of his Canadian deportation hearing.

Scientists in the U.K. are developing a 'potentially significant' treatment for COVID-19 that could be administered to patients in the form of a nasal spray, thanks to the tiny antibodies produced by a llama.

One of the founders of the Taliban and the chief enforcer of its harsh interpretation of Islamic law when they last ruled Afghanistan said the hard-line movement will once again carry out executions and amputations of hands, though perhaps not in public.