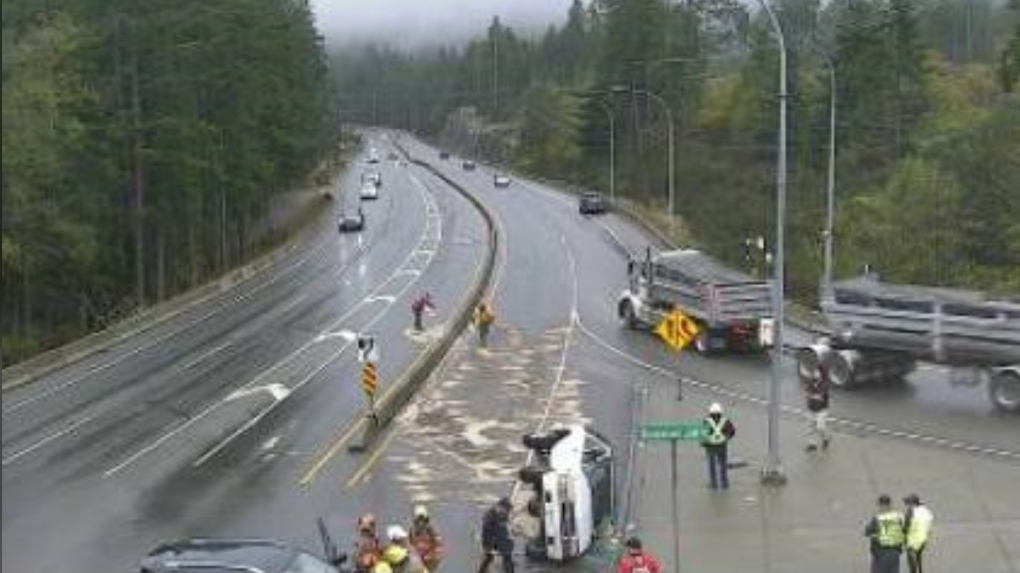 All lanes on the Malahat Highway have cleared following a single-vehicle crash on Friday afternoon.

A DriveBC highway camera showed a white vehicle on its side on the southbound lanes of the highway.

All southbound lanes were closed early Friday afternoon, and northbound vehicles were unable to turn left onto Shawnigan Lake Road during that time.

Around 1 p.m., DriveBC said the scene had been cleared and all lanes had reopened to vehicles.