With the discovery of 1,000 unmarked graves in total at two residential school sites in Canada, the country is in mourning. That has prompted a First Nation artist and organizers from two different Vancouver Island Nations to try to bring communities together while acknowledging Canada’s dark past.

“I’m honoured for all the supporters we have, this is medicine for us,” said Paul Harry, who is an Indian Day School survivor.

Paul and his brother, Francis Harry, of the Malahat Nation are bringing their and the surrounding community together.

The two organized a community march to begin at the Malahat First Nation longhouse and continue along the Trans Canada Highway on Friday. It was intended to draw attention to the unmarked graves found on two residential school sites in Kamloops and now Saskatchewan. They are also demanding an apology.

“We want our voices to be heard by the government, from the Catholics, and the RCMP for the kidnapping – and helping the Catholics take the children away,” said Francis.

Well over 100 people of all different ages and backgrounds walked in solidarity with the nation on Friday, something that the Malahat council is encouraged to see.

“Well I hope that we all move forward together,” said Gordon Harry, Malahat councillor. “In the march it’s not only just Indigenous people, so it looks like everyone is gathering together as one.”

“It represents the culture, the language, history,” said Joshua Shaw, one of the carvers. 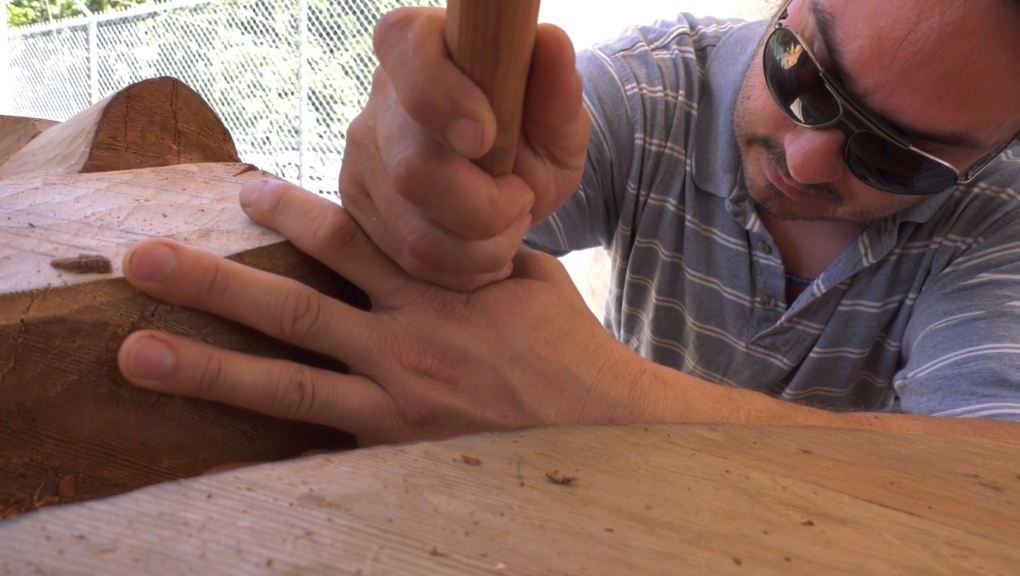 Indigenous carver Joshua Shaw is seen working on a totem pole that will be put up in Port Alberni in recognition of residential school survivors and victims: June 25, 2021 (CTV News)

Shaw is working on a totem pole, which is expected to be completed by the end of the summer. It will reflect Indigenous languages, and will acknowledge healing from residential schools.

“Justice needs to be done,” said Shaw. “Now the rest of Canada has evidence that we already knew, and it’s just sad that it has taken so long for this to come out.”

Once completed, the pole will be located along the water on Rogers Street in Port Alberni.

Like the march, it is just one of many different ways Indigenous people in Canada are trying to move forward, in the wake of such horrifying discoveries from our past.

Canada has now fully vaccinated 79.29 per cent of the country's eligible population.

CBRE Group Inc. says the national office vacancy rate hit 15.7 per cent in the third quarter for the highest level since 1994 as people continue to work from home because of COVID-19.