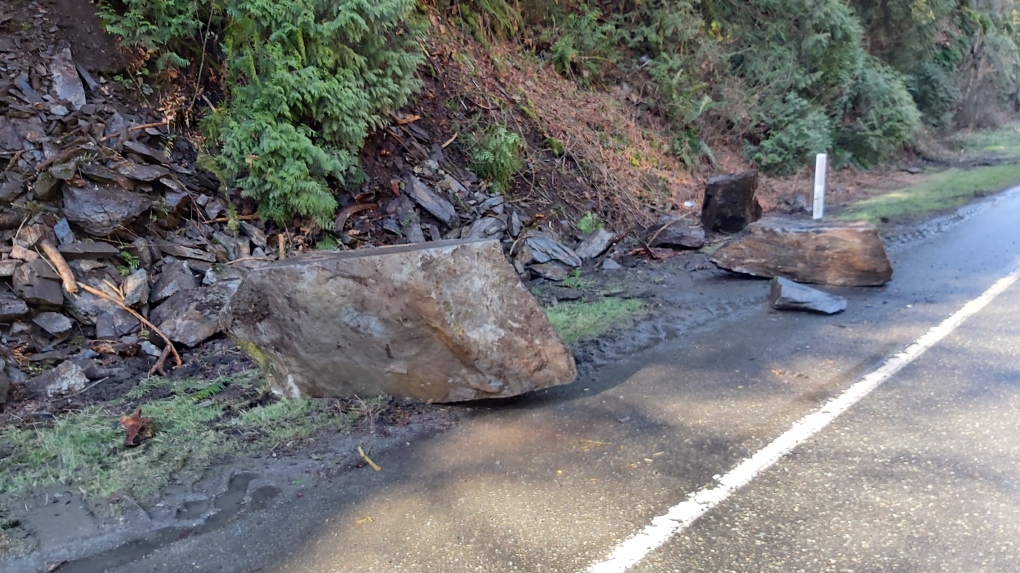 Traffic was stalled on the Malahat Friday due to rocks on the roadway: March 5, 2021 (CTV News)

VICTORIA -- Traffic was brought to a standstill on the Malahat highway after large rocks fell onto the roadway Friday.

According to DriveBC, both lanes of the Malahat were closed between the West Shore Parkway and Finlayson Arm Road on Friday afternoon as crews assessed and cleared the area. No detours were available at the time.

Around 3:30 p.m., crews had cleared the highway and traffic began moving once again. However, DriveBC warned that delays and heavy congestion were expected to remain in the area for some time.

The closure came after work crews performed planned rock scaling on the highway, which had caused traffic delays on the Malahat earlier Friday.

UPDATE - #BCHwy1 - Rocks on the road has closed both directions in Goldstream. No detour available, assessment in progress. Next update approximately 3:30 PM.
Info here: https://t.co/NwTAAQZGbK