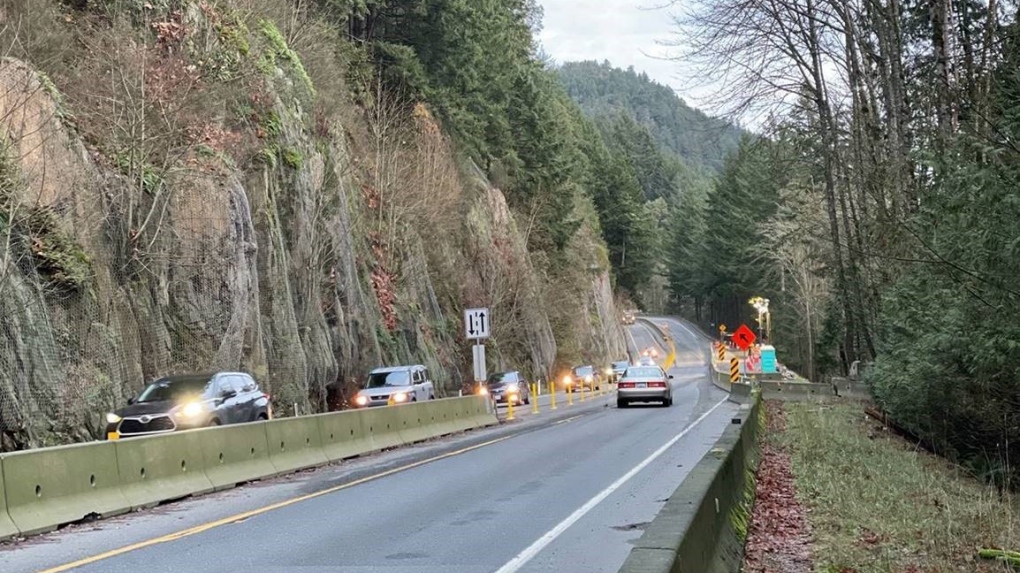 The Malahat highway is pictured: Dec. 3, 2021 (BC Transportation / Twitter)

The Malahat highway has reopened to oversized vehicles travelling in both directions, the province announced Friday.

Now, oversized vehicles up to 3.8 metres wide can use the highway 24 hours a day.

"This supports the safe and efficient movement of goods between the South and North Island," said the Ministry of Transportation in a release Friday.

Repairs along the highway are ongoing, and the province estimates the work will continue for several more months.

"Drivers should expect reduced speed limits and active construction equipment on the roadway," said the province.

On Friday, Environment Canada also warned drivers that up to four centimetres of snow could fall over higher elevations of Vancouver Island, including on the Malahat highway.